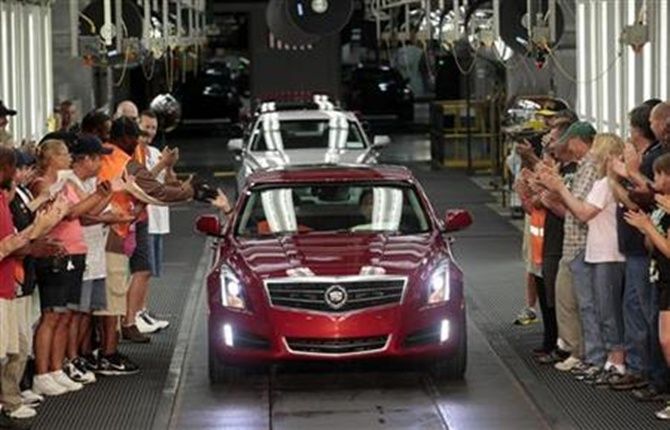 General Motors Co on Thursday issued a report detailing how for 11 years it turned a blind eye to an ignition-switch problem linked to at least 13 deaths but largely pinned the blame on what the report described as incompetent lower-level employees, leaving top brass untouched.

The report, which will be the subject of upcoming congressional hearings, describes shortcomings of GM engineers, including a failure to understand "how the car was built."

Meanwhile, according to the 325-page report, the highest levels of the company were not made aware.

Providing a rare peek into the operations of one of the world's biggest automotive companies, the internal investigation said GM had a long-running corporate culture in which nobody took responsibility for problems.

The "GM nod" was how CEO Mary Barra described that culture, "when everyone nods in agreement to a proposed plan of action, but then leaves the room and does nothing," the document said.

In February, GM finally began recalling vehicles for repairs. So far, 2.6 million vehicles have been identified. This recall, coupled with others announced by GM this year, has cost the company about $1.7 billion so far.

By 2011, three years before the recalls began, outside lawyers were warning GM's in-house counsel that they needed to act, the report said.

Barra said 15 employees found to have "acted inappropriately" have been fired. She did not name all the individuals, but said more than half of them had been in senior or executive roles.

During April congressional hearings, Barra was unable to answer many questions, saying the internal investigation would find answers.

But at Thursday's news conference, she still left some questions unanswered, including why GM redesigned the flawed ignition switch but failed to follow normal procedures of assigning a new part number.

That has led some critics to believe someone was covering up the change.

Barra, who has served as CEO for about five months, said disciplinary action was taken against five others.

Democratic Senator Edward Markey of Massachusetts, who is pushing legislation to clamp down on automaker defects, said of the GM report:

"We need more than an accounting of past mistakes" and "an internal investigation alone is not nearly enough to ensure that a decade-long tragedy like this never happens again."

Since early this year, the Detroit automaker has been enveloped in a scandal over why it took more than a decade to begin recalling low-cost Chevrolet Cobalts, Saturn Ions and other cars with ignition-switch problems that were causing them to stall during operation.

Because of the engine stalls, air bags failed to deploy during crashes - some of them fatal - and drivers had difficulty operating their vehicles because power steering and brake systems also malfunctioned.

"As years passed and fatalities mounted, engineers investigating the non-deployments and attempting to understand their cause were neither diligent nor incisive," the GM report said.

Also infused through the document is the notion that GM engineers misdiagnosed the safety problem by failing to connect dots that would have linked the cars' system failures.

But at the same time, GM "heard over and over from various quarters, including customers, dealers, the press and their own employees that the car's ignition switch led to moving stalls" but employees "failed to take action or acted too slowly."

The report said GM had identified 54 frontal-impact crashes, involving the deaths of more than a dozen people, in which air bags did not deploy as a possible result of the faulty ignition switch.

Only last week, GM raised the count to 47, from 35, and has now raised it again, leading to questions about whether the 13 deaths linked to the defect will grow, as consumer advocates have predicted.

As expected, Barra also confirmed that GM will soon set up a fund to compensate victims of crashes linked to the faulty ignition switches.

GM officials told reporters that the number of fatalities related to the part defect may rise but added that Kenneth Feinberg, who is looking into victim compensation, will determine that number.

Reuters reported on Monday that at least 74 people have died in crashes similar to those GM has linked to the faulty switches, based on an analysis of government data.

Central to the GM investigation, as well as probes by the U.S. Congress, Department of Justice and other federal and state agencies, is why the automaker did not announce vehicle recalls to fix the problem until this past February.

GM said its investigation, conducted over 70 days, reviewed 41 million documents and more than 230 people were interviewed.

The move to spare the highest executives from blame drew some sharp criticism.

“How do you truly fix a culture of carelessness and cover-up without cutting the head off the snake?” said Robert Hilliard, a lawyer for a plaintiff in a lawsuit against GM related to the ignition-switch defect.

Barra previewed the report at the company's technical center in Warren, Michigan, where she received a standing ovation from an estimated crowd of more than 1,000 employees. She emphasized that GM already has taken steps to beef up its internal safety operations.

Her remarks were broadcast to GM's 220,000 workers globally. Despite all the negative publicity in recent months, GM sales have been robust.

The Detroit automaker reported this week that U.S. sales in May were up 13 percent compared with a year ago, making for the best total sales since August 2008.

While Barra noted a pattern of "incompetence and neglect" that she blamed on individuals who failed to "disclose critical pieces of information," she added that there was "no conspiracy by the corporation to cover up facts."

Furthermore, Barra said the internal investigation "found no evidence that any employee made a trade-off between safety and cost" in failing to deal with the safety problem.

The full report was made public on Thursday.

With the submission of GM's internal investigation, Congress is expected to announce a new round of hearings soon. Further details on a compensation fund for victims and their families are expected by early August.

U.S. Representative Fred Upton, who chairs the House of Representatives' Energy and Commerce Committee, said the findings of GM's investigation were "deeply disturbing."

Upton, of Michigan, added that his committee will continue its investigation with an eye on "what legislative remedies may be necessary.”

The internal report concluded that Barra, executives who reported directly to her, the board of directors and former CEO Dan Akerson did not know about the defective switches before December.

It also found that GM's general counsel, Michael Millikin, was not responsible for the mishandling of defects and the recall delay. Millikin, who led the internal probe with former U.S. prosecutor Anton Valukas, is still employed by GM, Barra said.

More than one lawyer in GM’s legal department was fired as part of the 15 employees let go, including senior safety lawyer William Kemp, according to a source familiar with the matter who asked not to be named. A company spokesman declined to identify anyone fired beyond former engineers Ray DeGiorgio, who in 2002 dubbed the flawed part "the switch from hell," and Gary Altman.

GM's use of Valukas came under withering attack because his law firm, Jenner & Block, has had ties to the company since 2002.

Blumenthal, a former prosecutor, said those ties "undermine the credibility of this report" and underscored the need for federal investigations to press ahead.

On May 16, GM was slapped with a $35 million fine for its delayed response to the defect, which is the maximum that can be imposed by the U.S. Department of Transportation.

Also, the National Highway Traffic Safety Administration has been leveling a $7,000-per-day fine on GM for missing an April 3 deadline for fully responding to the agency's request for information about the ignition switch problem. These fines could be dwarfed, however, by potential actions the Justice Department could take.

Earlier this year, Toyota Motor Corp was fined $1.2 billion for concealing problems related to sudden acceleration of some of its vehicles.

The NHTSA said GM's probe appeared to support the agency's findings that company practices "stood in the way of safety at a time when airbags were failing to work properly in millions of GM products." 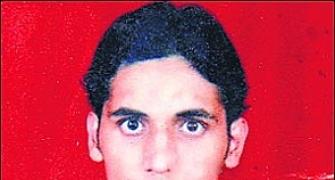 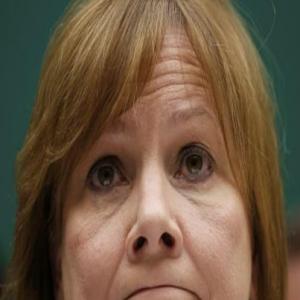 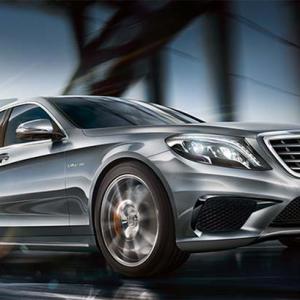