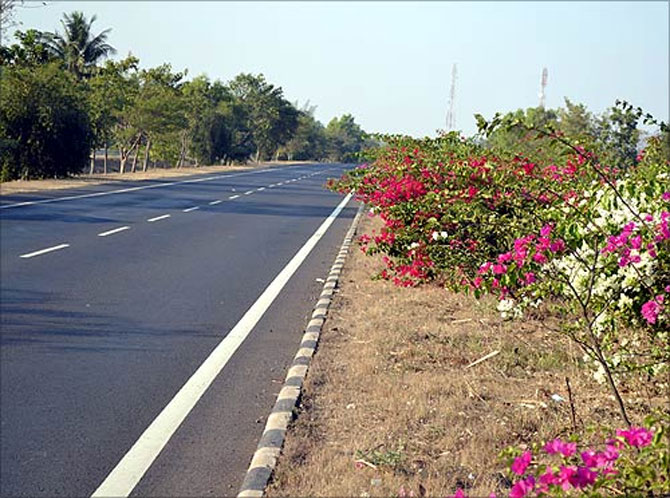 In a big-ticket pre-poll announcement aimed at wooing voters in Bihar, Union Minister for Road Transport and Highways Nitin Gadkari today announced that the state will get roads worth Rs 50,000 crore (Rs 500 billion) and the work will be started this year itself.

"Bihar will get roads worth Rs 50,000 crore. The work will be started this year itself. There is no dearth of money in my ministry. The only thing needed for such projects is will power and a vision for development," Gadkari said.

The union minister also said that a water-port will be constructed along the Ganga in Patna to connect it with Kolkata via water way by next year. He added that small planes that could land on water would also be brought.

"Once this water-port is ready, trains will not be necessary for going to Kolkata from here (Patna). People can easily travel on the Ganga to reach there," he added.

Gadkari was speaking at a function organised Patna by National Democratic Alliance constituents - BJP, Lok Janshakti Party and Rashtriya Lok Samta Party (RLSP) - to mark the completion of one year of Prime Minister Narendra Modi's government at the Centre.

The union minister also said that his ministry will open "Driving Training Centres" in all assembly constituencies across the country, including Bihar.

"People will learn driving at these centres. The test of their driving skill will not be taken by DTO but by computers.

They will have to take the test again if they fail," he said.

Gadkari said the Driving Training Centres will cut down issue of bogus licenses where people get them without even visiting the District Transport Officers (DTO).

"Over 30 per cent licenses in the country are bogus ones. Five lakh accidents happen in India every year...150,000 people die in accidents and three lakh are injured," he said and added that such centres have been opened in Maharashtra and West Bengal but Bihar did not show any interest in them.

In another major announcement, the union minister revealed that there is a plan to open "50,000 institutions in the country which will provide various facilities like fitness certificates and pollution certificates to vehicles".

"Each of these institutions will provide jobs to 50 youths, thereby giving employment to 250,000 persons in the country," he added.

He also said that his ministry has plans to provide electric rickshaws and battery-operated buses across the country to cut down on environmental pollution. He also said efforts are on to encourage farmers to produce bio-diesel and ethanol for this purpose.

Speaking on the occasion, Gadkari defended the Land Acquisition Bill moved by the Centre and asserted that not an inch of land will be acquired for industrial and corporate houses.

He said the clause of 80 per cent consent of people while acquiring land has been removed only for projects related to rural infrastructure like dams, irrigation projects, industrial corridor, defence installations and affordable housing.