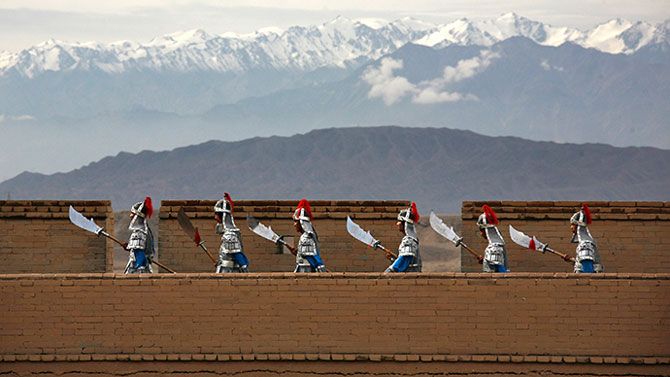 Some details of history you’ve grown up studying in school stay with you. Forever ingrained as a concept you could really only marvel at. For me, the Silk Road was one of those abstractions.

Many years on, as I stood at the exact point where the old Silk Road started, a giant bronze sculpture of a silk yarn marking the historic site, I could feel the goose bumps. Engraved in the folds of the sculpture are depictions of the key cities along the ancient Silk Road. Standing before it, taking in this moment as we film for CNN, I was captivated by how globalisation, an idea that seems so modern, was conceptualised by the ancient Chinese some 5,000 years ago and remains the driving force of China’s economic and political ambitions today.

Here in China’s historic city of Xian, underneath a modern complex of malls and hotels called the Tang West market, you can still see some of the ancient tracks the old caravans used to traverse. Where camels coming from modern day India and Afghanistan offloaded goods like cotton, sandalwood, precious and semi-precious stones, to be consumed in China and transported to Central Asia and beyond. Where traders arrived from Europe armed with commodities like wool and linen, perfume and glass vessels in exchange for spices, gunpowder, porcelain and most importantly silk.

Linking China to Kazakhstan, Iran, Turkey and Italy to the west, Afghanistan, Iran, Iraq, Pakistan and India to the East, Xian has always been an important crossroads, fostering not just commerce but the exchange of ideas, knowledge, scientific and technological innovations, culture and religion. Islam mingled with Buddhism, Zoroastrianism with Taoism.

Today, this syncretism is manifested in the Muslim Quarter of Xian where Arab and Persian traders first arrived and settled bringing goods and also their religion and culture. You can still see and smell the Arab influence along the narrow marketplace. Kebabs smothered with cumin, sandwiches resembling falafel. The impact of Buddhism - introduced here in 652 by the famous traveler Xuan Zhang who brought back important Buddhist manuscripts from his travels to India - is also all pervasive in Xian. Buddhist pagodas and architecture dot the entire historic city.

When trade along the ancient Silk Road was at its pinnacle, Xian was the imperial capital of China and economic hub. Over 2000 years ago, China’s first emperor, Emperor Qin Shi Huang, built a strong military as seen by thousands of terracotta warriors which still guard his mausoleum. They face all four directions because threat could come from any side. The warriors created security and prosperity. Qin unified the currency and standardized weights and measures which enabled trade to flourish.

Today China has big ambitions to rejuvenate the spirit of the old Silk Road. And, like the ancient one, the new Silk Road will also begin in Xian. It's the geographical centre of China and also the gateway to Western China and countries beyond. With the country’s biggest inland port also being built here, you can see the potential and the impact it's already having on the economy.

As I began my nine-month journey along the modern Silk Road, traversing from East to West, I found that China's efforts to revive the old Silk Road are not only ambitious but also well known amongst the Chinese people. Everyone we met spoke about it proudly. And if China succeeds, this new Silk Road has the potential to once again have a lasting impact on the commerce and culture of this region for generations to come. 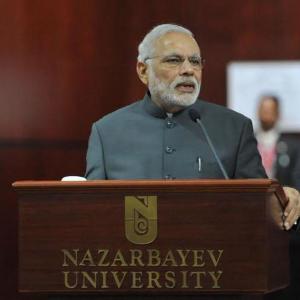