"He (RBI governor Duvvuri Subbarao) has explained the position. I think the governor's statement is very balanced, very appropriate as far as I could understand," Reddy said.

He, however, said since he was no longer involved in monetary policy making, it was not possible to have the same insight as the incumbent governor.

"As an academic, with some past understanding I would consider it a very very appropriate action and I can't imagine any other appropriate solution.

And, I think the approach is right under the current situation," Reddy said on the sidelines of an Exim Bank event.

Subbarao became the governor of RBI in September 2008, after Reddy completed his five-year tenure.

Subbarao was given a three-year tenure, which ends this September, and it's still not clear whether

the government will give him an extension.

On fiscal issues, Reddy, however, said the situation needed to be watched carefully. RBI has emphasised on the need for maintaining the government's fiscal deficit target to keep inflation under check.

"Without being explicit, it's been already been accepted, it's been interpretedFor the last ten years, I have been saying so. Globally also, it's also accepted in three-four countries. In others, whether it's a mandate or not, the central bank has to de facto assume the responsibility of financial stability," he said. 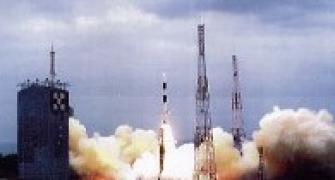 Inflation at 5-6% ideal for India: Pranab