The government allowed qualified foreign investors (QFIs) from six member-countries of the Gulf Cooperation Council (GCC) and 27 countries of the European Commission (EC) to invest in the Indian capital market to enhance foreign capital inflows. 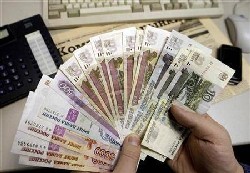 With this, a $1-billion window over and above the current $20-billion limit has been created for QFI investment in corporate bonds and mutual fund debt schemes. The window is meant to test the waters for the time being and could be widened if required. Norms for opening accounts in India and keeping funds in them have also been relaxed substantially.

A QFI is an individual, group or association resident in a foreign country that is compliant with Financial Action Task Force (FATF) standards and is a signatory to the International Organisation of Securities Commission's (IOSCO's) Multilateral Memorandum of Understanding (MMoU). QFIs do not include FIIs (foreign institutional investors) or sub-accounts.

The steps are part of the finance ministry's measures to facilitate a seamless and quick flow of foreign funds into the country by removing bottlenecks identified during recent consultations with the Reserve Bank of India (RBI), the Securities and Exchange Board of India (Sebi) and various market participants to make the existing QFI mechanism more attractive to potential investors.

Announcing the new steps, Thomas Mathew, joint secretary, capital markets, said, "The list of countries from where QFIs could invest in the Indian capital market has been expanded. Originally, it was limited to the 34 countries that are members of the FATF."

Mathew said as only the residents of these 34 countries were eligible to qualify as QFIs, several enquiries were received from GCC countries and also 27 member-countries of the EC requesting inclusion of their residents as QFIs.

"In view of the possibility of attracting high net-worth entities from these jurisdictions, the definition of QFIs has now been enlarged to cover the residents of FATF member-countries

and those from countries of the GCC and the EC," he said.

On the possibility of round-tripping and manipulations through this mode, Mathew said very strong KYC norms would be there to avoid that.

The steps to ease norms for opening of accounts and keeping funds in them include the decision to allow QFIs to open individual non-interest bearing rupee bank accounts with authorised dealer banks in India for receiving funds and making payments for transactions in securities they are eligible to invest.

QFIs are not allowed to open individual bank accounts currently and they can invest only through a common pooled bank account of their depository participant (DP). The restriction on the number of days funds could be kept in the individual accounts of QFIs has also been dispensed with.

At present, funds remitted by QFIs for investments are required to be transferred to their foreign bank accounts if such funds are not invested, as permitted, within five working days of the receipt of funds in their accounts.

"This restriction was proving to be a dampener for genuine investors in view of the high cost of transfer of funds," said Mathew.

He added Sebi would issue a circular to provide QFIs with a certain amount of operational flexibility for appointing their custodians and brokers to route their investments.

The RBI and the Sebi are expected to issue relevant circulars, incorporating the changes announced, to operationalise the Budget announcement related to QFI investment in corporate bonds and mutual fund debt schemes within seven days.

The Central Board of Direct Taxes would issue clarifications on tax-related issues pertaining to QFIs shortly, said Mathew, adding the finance ministry was looking at 6-14 months to see the optimisation of QFI inflows through these facilitation measures.

The ministry will conduct roadshows in five Gulf nations, the UAE, Saudi Arabia, Bahrain, Oman and Kuwait,  during June 10-15 for this purpose.
Source: 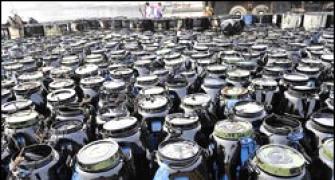 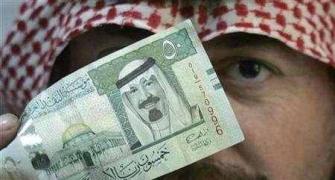