The recent move by RBI to introduce more transparency in the base rate fixing should also help in improving the monetary policy transmission, notes Rupa Rege Nitsure

The formalisation of the inflation targeting framework by the Reserve Bank of India and Government of India is a big step in accepting the fact that a low and steady inflation rate is the major contribution that monetary policy can make to economic growth and macroeconomic stability.

A large body of theoretical literature and the experience of the past decades indicate that monetary policy’s best contribution to economic stability is to maintain price stability.

Central bankers have seen at first hand the pernicious cost of high and variable inflation of the 1970s and 1980s -- the decades characterised by commodity price shocks.

And out of the sheer pain and misery caused by these shocks emerged a hard consensus that the low and stable inflation was a prerequisite for economic prosperity and stability.

Notwithstanding the fact that a large part of Indian economy is still administered and a significantly high portion of inflation originates from fiscal actions, the acceptance of the recommendations of the Urjit Patel committee is the first step in improving the coordination between RBI and the government in the area of inflation management.

Because if RBI fails in achieving the inflation target then it is required to send in writing the reasons for failure and suggest the remedial actions, which may include RBI’s scrutiny of government actions giving rise to inflationary pressures.

The government has also given RBI the flexibility to choose the operating target and operating procedure to achieve the inflation targets, which also reflects its support to other recommendations of the Urjit Patel committee directed towards developing a secular yield curve and, benchmarks for appropriate pricing of deposits.

The recent move by RBI to introduce more transparency in the base rate fixing should also help in improving the monetary policy transmission.

While a lot depends upon the actual composition of the monetary policy committee and the degree of autonomy to RBI going forward, it can now be said with a higher level of confidence that we may not see aggressive reduction in policy rates during 2015 given the upside risks to inflation in the form of growth supportive policies and recent volatility in the global crude prices. 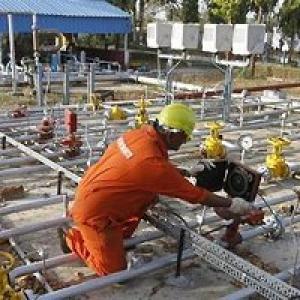