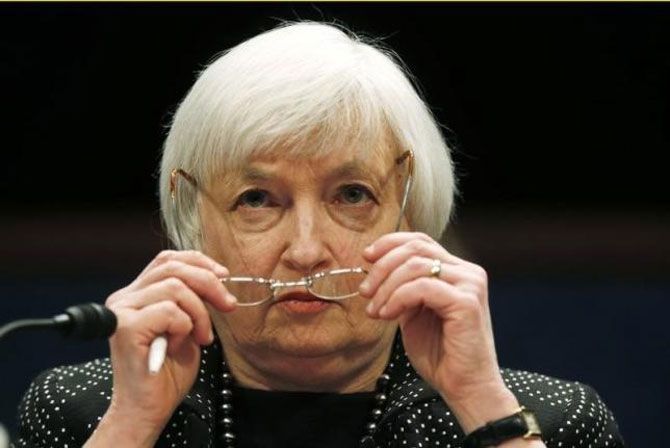 The US Federal Reserve's dwindling confidence in its own outlook and resulting confusion among investors are creating a policy problem that may require chief Janet Yellen to lay out her own views more forcefully.

Wall Street gave up some gains on Tuesday after Yellen said the central bank would be cautious in raising interest rates given risks such as Britain's membership in the European Union and a slowdown in the US labour market.

"The pace of improvement in the labour market appears to have slowed more recently, suggesting that our cautious approach ... remains appropriate," Yellen said.

The Fed chair's next communications test comes on Tuesday and Wednesday during her semi-annual testimony to U.S. lawmakers, less than a week after the central bank kept interest rates unchanged near record lows and lowered its projections for hikes in 2017 and 2018.

A self-described consensus builder, Yellen sees her job as reflecting the whole committee's views rather than setting an agenda for others to follow.

In fact, Fed policymakers' deepening uncertainty about their own projections has resulted in the central bank sending mixed messages - repeatedly ratcheting up rate hike expectations only to tone them down later.

At Wednesday's quarterly news conference Fed officials' doubts were in plain view, with Yellen using the term "uncertain" or its variations 13 times, more than twice as often as in March. She used the term again in her prepared remarks to Congress Tuesday, in which she reiterated her view that a "cautious approach" to adjusting rates is warranted.

In December, when the Fed raised its rates by a quarter point for the first time in nearly a decade, that word only came up twice.

And on Friday, James Bullard, a Fed voter this year, said the economy may need only one rate hike for the next two and half years, and called on the Fed to discard its long-run forecasts altogether, or risk losing credibility with markets.

While most Fed officials still see two rate hikes this year, markets expect only one in December, if at all.

This gap is a source of discomfort for Yellen who places a premium on making sure markets can anticipate how new economic data will guide the Fed's decisions on rates.

The Fed chief expressed surprise last week that markets had missed hints in the Fed's April statement that a rate rise in June or July was possible and only got the message when the minutes of that meeting were published three weeks later.

The Fed changed tack again barely two weeks later after May's weak jobs report, the latest in a string of factors that have repeatedly forced the Fed to pause in its efforts to nudge interest rates further away from zero.

"The risk of data dependency is that it becomes data jumpiness," said JPMorgan economist Michael Feroli.

Part of the reason for the Fed's latest change in tune is its assessment of how high rates can rise before they start restraining economic growth. Last week, policymakers cut their projections for the third time in the last four quarterly projections.

The level, now at 3 per cent, is well below the 4.25 per cent rate policymakers expected when they first began publishing long-term forecasts for the Fed's policy rate in 2012. With a lower ceiling for rates, policymakers now expect a shallower path upward.

Policymakers are also lowering their forecasts for those long-run rates more often. They cut their projections by 0.75 percentage point over the past year compared to a half a point cut over the prior three years.

Despite outliers, such as Bullard, whose views are at odds with the majority, the Fed appears to be coalescing around its latest forecasts.

The central tendency ranges, which toss out the three highest and three lowest forecasts, show policymakers are projecting a narrower range of policy outcomes and economic indicators than they did in March, suggesting a majority is actually less divided over the right path for policy than just three months ago.

The problem is investors and economists are still not clear what primarily shapes those views. The Fed's 17 policymakers have stressed the importance of progress in employment and inflation and yet have repeatedly hit a pause button even as both indicators continue to improve.

That is where Yellen, who is particularly concerned about labor market health, could create more clarity on what is now guiding the Fed by being more forthright with her personal views, Fed watchers say.

"It's weird for her to take part in that discussion and push things her way and yet then talk to the press about where the group is but not where she is," said Joe Gagnon, also a former Fed staffer and now senior fellow at the Peterson Institute for International Economics. "She should probably be a bit more honest."

© Copyright 2022 Reuters Limited. All rights reserved. Republication or redistribution of Reuters content, including by framing or similar means, is expressly prohibited without the prior written consent of Reuters. Reuters shall not be liable for any errors or delays in the content, or for any actions taken in reliance thereon.
Related News: Fed, Janet Yellen, Cornerstone Macro LLC Roberto Perli, US Federal Reserve, James Bullard
Print this article 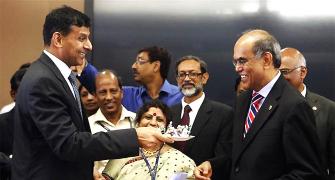 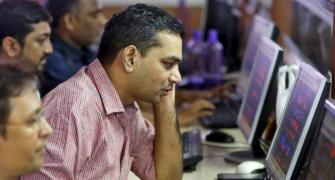 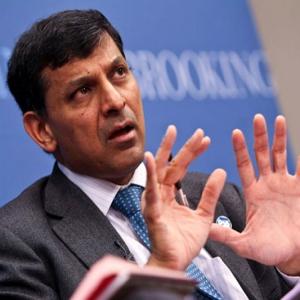