The Union ministry of food and consumer affairs proposes to insert a new clause in the fresh discussion note for the Cabinet on allowing foreign direct investment (FDI) in multi-brand retail. 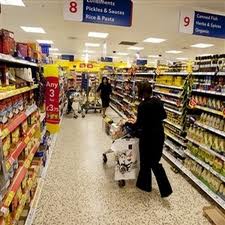 The Cabinet had decided to allow 51 per cent FDI in multi-brand retail in November, but had put the move in abeyance, owing to political opposition.

In a fresh initiative, the Department of Industrial Policy and Promotion under the ministry of commerce & industry, has again sought comments from the ministries concerned to prepare a new note for the Cabinet.

The note would incorporate all clauses the ministries think should be added, after deliberations with all stakeholders concerned.

The ministry of food and consumer affairs has concluded discussions with voluntary consumer groups to formulate views that were left out in the initial draft.

Following the discussions, the ministry has decided it should be explicitly stated that any joint venture initiative in multi-brand retail should abide by all laws related to consumer rights and protection, labour laws, and shops and establishment acts under the Union and state governments.

These would also have to abide by any new law enforced by the state it operates in. That would be the prerogative of the state, and the Union government would not interfere, sources said.

Under labour laws, the venture would have to specify not more than eight hours of fixed working hours for employees, a compulsory weekly off-day and other employee benefits.

All consumer protection guidelines under the Bureau of Indian Standards, like ISI marks, and the Weights and Measures Act also have to be adhered to.

Official sources said under the current rules of the Foreign Investment Promotion Board, any foreign company's wholly-owned subsidiary or JV had to abide by revenue laws like central excise, state excise and value added tax.

However, the labour laws and consumer protection measures, while implicitly understood to have been applied by state and central governments, are not categorically mentioned.

In its earlier recommendation, the ministry had urged that a retail regulatory authority be set up before opening up the sector FDI.

Officials said this was based on inputs from states, which collectively arrived at the consensus that along with a national commission, such an authority should be set up to address the problems of the retail sector.

States have also suggested a National Shopping Mall Regulation Act for the entire sector, to be supervised and implemented by the retail authority. These also felt along with corporate houses, farmer cooperatives or a government body should be part of the joint venture for FDI in retail.

This would ease concern of local retailers, sidelining of consumers' welfare and unemployment, owing to feared predatory pricing by retail giants.