Experiene the world of third dimension

If films like Avatar are persuading you to buy a 3D TV set, terms like active-shutter and polarised glasses may be confusing you. Here's an attempt to clear the air on the subject.

The consumer electronics industry is ecstatic about 3D this year. Or so it seems with players like Panasonic, Sony, LG, Toshiba and Samsung announcing the introduction of 3D on just about every visually-related product they make, including point-and-shoot cameras, camcorders, laptops and screens.

However, manufacturers like Panasonic and Sony are betting on 3D active-shutter technology.

They reason, it gives consumers a 'full HD' experience. Other players like LG and Vizio believe that passive (not electronic) polarised 3D technology will pay better dividends.

They argue that active-shutter technology could cause nausea; that it sits heavier on the eye; and that it's far more expensive (upwards of $100 if bought separately).

Meanwhile, to add to the confusion, players like Toshiba are introducing a 3D technology which does away with the need for 3D glasses altogether.

It's important to understand how 3D and 3D imaging work to arrive at an informed buying decision. To start with, we humans see 3D since our eyes have what is referred to as binocular vision.

It gives us depth of field or 3D. Our left and right eyes see the same objects with a slightly shifted perspective.

Our brains know how to piece together and make sense of these images. The phenomenon is referred to as parallax and helps us perceive depth.

Astronomers use the principle of parallax to measure distances to celestial objects including to the Moon, the Sun, and to stars beyond the Solar System.

3D imaging, also known as stereoscopy, is any technique capable of recreating 3D or three-dimensional visual information or creating the illusion of depth in an image.

There are many techniques to do so.

For instance, most of us are familiar with the filter glasses we wore when watching India's first 3D movie Chota Chetan. This 'anaglyph' technique was first developed in 1853 by Wilhelm Rollmann, a German, in Leipzig.

You wear a colour filter glass with each eye piece having a different colour film. The quality of the 3D image is mediocre and could cause nausea. But the glasses are cheap, and can be used with any digital HDTV or LCD monitor.

You can even build your own 3D glasses if you go to this NASA site - stereo.gsfc.nasa.gov/class ro om/glasses.shtml.

Polarised glasses are the technology of choice when it comes to commercial 3D projectors that are used in 3D movie theatres around the world.

They are used by the likes of IMAX 3D and RealD. Polarisation helps to selectively screen out light by using unique materials called polarising films.

Polarising glasses comprise two polarising films that allow light of different polarisations through (by blocking one of axes of light oscillations when light is treated as a wave).

Thus, each eye perceives a different image which results in a 3D effect. The glasses are passive (not electronic) and thus cheap.

Active shutter display technology is being promoted by manufacturers such as Sony, Panasonic and Nvidia.

The left and right images are displayed alternatively in a sequential manner on a regular LCD TV. However, since the effective frame rate is halved, these displays need to have double the refresh rate of standard LCD monitors and TVs (60 Hz). All 3D ready TVs have a minimum frame rate of 120 Hz.

But the glasses are expensive and require batteries with a good life.

Meanwhile, watching 3D video without glasses is all together a different and natural experience. The technique is called autostereoscopy which uses special optical elements between the TV screen and viewer to produce the illusion of depth.

Toshiba plans to sell the world's first large 3D TVs that do not require viewers to wear special glasses (a major reason for 3D TV sales not picking up).

Similar to the Philips lenticular prototype at IFA last September, Toshiba's flagship lenticular 3D TV is a 65-inch model, and is joined by a 56-incher and a 20 inch.

Lenticular printing is a technology in which a lenticular lens is used to produce images with an illusion of depth, or the ability to change or move as the image is viewed from different angles.

However, which technology will ultimately win the race remains a million dollar question for both players and consumers.

The author, on a sabbatical from Business Standard, is an MIT Knight Science Journalism Research Fellow 2010-11. 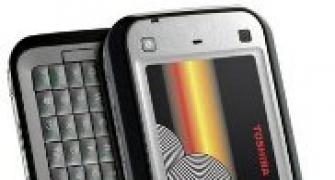 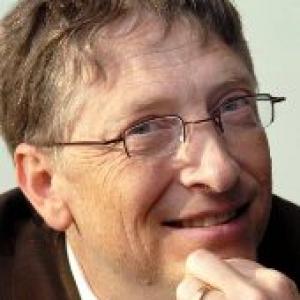