With demand pouring from customers ranging from corporates to doting lovers wishing to propose mid-air, aircraft rentals are picking up on Droom.in.

Started off as an online marketplace for sale and rental of new and used two-wheelers and three-wheelers two years ago, Droom now aspires to be a one-stop shop for anything that has wheels, says founder and chief executive Sandeep Aggarwal, better known as the ShopClues founder.

Founded in April 2014 in California’s Silicon Valley and now based out of Gurgaon, Droom is India’s first online marketplace to buy and sell new and used automobiles, and automobile services.

Calling itself India’s only transaction-oriented online marketplace for automobiles, Droom looks to differentiate from peers such as Cardekho and Cartrade, which are discovery platforms following the classifieds model.

Droom has seen aircraft such as the Falcon, Hawk and Cessna being rented for destination wedding, marriage proposal, corporate events, etc.

Through the online marketplace, one can also buy aircraft priced at Rs 47 crore onwards.

The start-up raised around $25 million in funding last month, led by Singapore-based investor Beenext and Japanese incubator and venture capital firm Digital Garage. The company had in 2015 raised $16 million from Lightbox Ventures.

Droom.in is now looking to make available segways, golf carts, trucks and buses on its platform.

According to Aggarwal, the start-up will be playing around three areas for its growth -- product innovation, categories, and geographies.

“I spend 60 per cent of my daily time on product innovation,” says Aggarwal, adding the number of new features being added per month shot up from 30 in the first half of 2015 to 120-140 now.

Droom intends to move from the current 16 categories to 22 by March 2017, which will include trucks, buses, segways and golf carts, among others.

“We will also expand into fintech and auto loans,” says Aggarwal.

As for geographies, Droom intends to move up from its current presence in 350 cities.

It will continue to focus on the used vehicles space, which offers commissions of up to 12 per cent compared with three per cent in new vehicles category.

The used car market is growing at a compounded annual growth rate of 20-22 per cent and the market is currently valued at $15 billion.

On its part, Droom charges 1.5 per cent of the price of each car sold through its platform and two per cent for two-wheelers.

It charges 12 per cent for automobile services such as insurance and warranty.

According to Aggarwal, the company’s GMV-to-human resource ratio stands at $1 million annualised GMV per person, which he says is the highest among start-ups in the country.

As an example of efficient operations and intelligent use of technology, Aggarwal says his start-up has only three employees in customer support.

He aims to touch Rs 250 crore (Rs 2.5 billion) in GMV per customer support employee, by using keywords-based Frequently Asked Questions or use of interactive voice response.

The funds raised will also be used to strengthen its technology base and for overseas operations.

It attracts about three million visitors a month on its website from 145 cities, while 2.5 million people download its mobile app.

Commenting on Droom’s transaction-oriented business model, Amit Jain, co-founder and CEO of GirnarSoft, the parent company of CarDekho.com, said worldwide, the classifieds model is the most popular one.

According to him, actual transactions hardly happen online.

Area of business: Marketplace for wellness and fitness trainers

Capital Goals: To have five million users on its platform by 2018

Droom is a vertical online marketplace for trading used vehicles and motorcyles, and related services.

Whereas Droom focuses on a "transaction model", where it charges a commission on transactions.

Since listing is free, getting sellers on its site/app is easier.

However, in India, building a reliable network of used vehicle dealers, and managing and tracking commissions on transaction closures, are difficult and expensive.

Droom's success would depend on being able to execute its business plan efficiently.

Buying a car is a large ticket decision for customers and having a strong brand is important.

Purchase of a vehicle is a once in five years event and hence, it is tougher to create customer loyalty.

Because of high cost of advertising and buyout, brand building is an expensive and time-consuming endeavour.

Along with e-commerce players, car manufactures such as Mahindra First Choice are vying for a spot in the market.

Hence, ability for Droom to scale rapidly would be critical.

Cost of traffic acquisition and conversion is the critical determinant of success.

It operates in competitive space and faces strong brands and entrenched players.

Cost of customer acquisition is high and customer loyalty is low.

AutoTrader.uk, the leading player in England, spends five per cent of its revenues on marketing, whereas Indian firms spend five to eight times as much, that depresses profitability.

New entrant Droom will have to become differentiated in this crowded space by being innovative, staying focused, and delivering high and sustainable value to the customers to succeed. 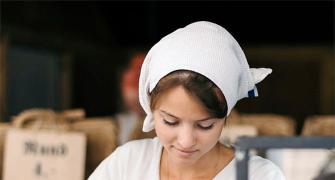 Why you must run a 'dhanda' before starting up 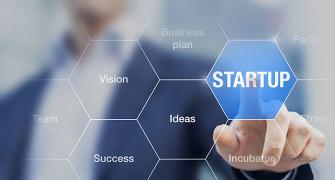 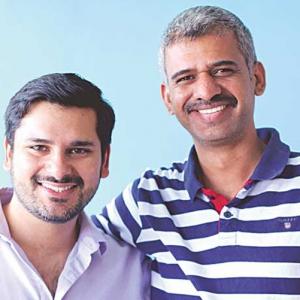