The English lexicon says conundrum is a paradoxical, insoluble, or difficult problem; a dilemma. Talking of conundrums, a celebrated example of a conundrum appears in Alice in Wonderland.

When Alice arrives at "a mad tea party" she notices that the tea party is characterised by switching places on the table at any given time, making short, personal remarks, asking unanswerable riddles and reciting nonsensical poetry.

The Hatter asks Alice a riddle "Why is a raven like a writing desk?" Hatter, of course, said he did not have an answer himself.

In The Hitchhiker's Guide to the Galaxy, the supercomputer, Deep Thought, was asked to find the ultimate answer to the ultimate question of life, the universe and everything.

After seven-and-a-half million years of computation and checking, the answer turned out to be 42. The ultimate question itself, however, was unknown.

When Arthur Dent, the main hero of the book, attempted to extract the ultimate question, he got the question as "What do you get if you multiply six by nine"?
"Six by nine. 42".

"That's it. That's all there is." At this Arthur Dent concluded: "I always thought something was fundamentally wrong with the universe."

The boards of public sector enterprises and parastatals, are also confronted with similar conundrums.

The first conundrum: "What is the ultimate purpose of the boards of these enterprises, if these have very little role in strategy formulation?"

Conundrum No 2: "Is it possible to resolve the inevitable conflicts between policy-making, regulation and commercial decision-making of an enterprise that has to function in a competitive market as opposed to a sheltered market?"

Conundrum No 3: "Are there ways in which the government can exercise ownership functions without interfering with the boards of these enterprises?"

Conundrum No 4: "Can the independent directors play an effective and meaningful role when the administrative ministry and the sector regulator are represented on the boards by very senior representatives?"

Conundrum No 5 (which is a corollary to the previous one): "Do independent directors, then, really matter when 'all' is in the family?"

Of course, the underlying Euclidean assumptions behind the last two conundrums are that independent directors are always eager to bring to the board their expertise and wisdom, willing to speak up and contribute in the board meetings and are not simply cheerleaders.

Besides, there are overarching fixed boundary conditions imposed by the Acts that have created many of these enterprises and govern their objectives, purposes, the manner of their functioning, the board composition and selection of directors.

A little examination would show that the difficulty often arises from the dominant logic borne out of deep apprehensions and abounding suspicions that these organisations are not yet mature enough and cannot be left alone, lest they run amuck.

There is also another issue that is not of mean significance. The government inescapably has several "public policy" and "greater social good objectives".

These cannot be avoided, especially in a country like ours, but often give rise to the dominant logic that unless tight control is exercised by the senior representatives of the governments and regulators on the boards of these enterprises, the public policy objectives would be easily thwarted.

Hence, the conclusion that organisations may have commercial objectives, and it is always a good idea to have boards and independent directors, but all cannot be left to them.

They must be tied to the apron strings of the administrative ministries and sector regulators.

This may, however, come in the way of growing the nation's wealth through increase of efficiency of these enterprises through well-functioning boards.

To change all this is not easy. It will only happen when there is inner willingness to change. It is not that we have not witnessed this willingness in the past. But the fears and apprehensions seem to be back now and with renewed vigour.

The ultimate solution to all the enlisted conundrums faced by a state-owned enterprise, be it an airline, or a bank or a manufacturing unit, would be found in the way the enterprise deals with governance challenges and the manner in which the majority owner and the sector regulator treats it as a commercial enterprise and is willing to give it the "real" freedom that is associated with a commercial enterprise.

But the fundamental conundrum that needs to be solved is whether the enterprise is first a commercial enterprise, which competes in a free market and is valued on the stock exchange and then an enterprise that is government-owned.

Or, is it a government-owned enterprise first, which has been permitted to operate in the free market. There is a difference in the emphasis in the two propositions, with attendant consequences.

Assuming that we are not yet bold enough to agree to a "totally passive or distant ownership by the state", the answer to the conundrum can, however, be found in the politics rather than in the pure economics, though the hackneyed axiom is good economics makes for good politics.

Our national and state poll results have time and again showed the truth behind this axiom.

An ancient Chinese proverb states that a fish rots from the head down. If an enterprise fails, one need only look to those at the top to find the root cause for that failure.

The board of any corporate enterprise, irrespective of its ownership structure, is the fulcrum of the governance structure.

So it is important that the governance of the boards need to improve. For this several steps need to be taken.

First, the Acts, which have established many of the state-owned enterprises in any sector, were enacted years ago when we did not have a market economy and none of these enterprises were even listed on the stock exchanges.

The governance structures enshrined in the Acts may have become anachronistic and hence suitable amendments that reflect today's economic realities have become necessary.

This will enable many of the organisations to be governed by contemporary principles of modern governance.

Second, the Acts need to lay down the broad principles of board governance, composition and structure of the boards.

Third, the board composition needs to undergo a change with only the internal and external directors.

The presence of policymakers on the boards constrains the boards and presents conflicts. It also makes board members constantly look for approbation and approval from them at the board meetings.

A condescending nod or deep lines on the forehead when discussing strategy issues can easily encourage or disenchant independent directors. The boards also need not have any representation from any vested interest groups.

They are expected to act in the best interest of the company and not in the interest of any block shareholder who can, in any case, vote in the annual general meeting.

Fourth, the selection of independent directors needs to be based only on experience, knowledge and expertise and not on any other attributes. Their selection should happen only through the nominations committee.

The position of the independent directors is not mere ornamental positions.

The government or the regulator has nothing to lose from these changes, as in any case has powers under the statutes to give directions. This, of course, will not be easy unless there is a political will.

Like the Hatter's riddle and the ultimate question, the solutions to the conundrums faced by the boards of the public sector enterprises are not as hopelessly intractable as why the raven is like a writing desk or the question to which the answer is 42.

The author is former executive director of Sebi and is currently associated with the IFC's Global Corporate Governance Forum of the International Finance Corporation and the World Bank. These views are personal pratipkar21@gmail.com
Source: 'Let's appreciate what remains of our wilderness' 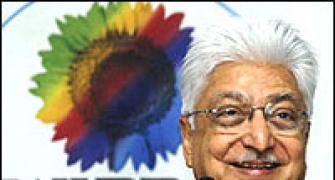 Wipro now free to do business with World Bank 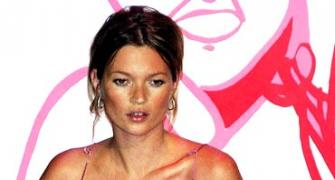 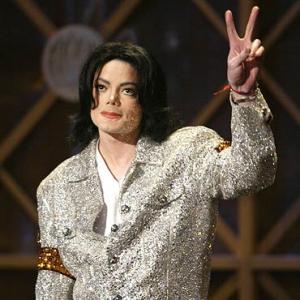 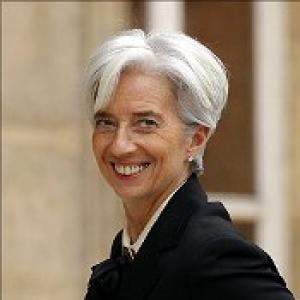