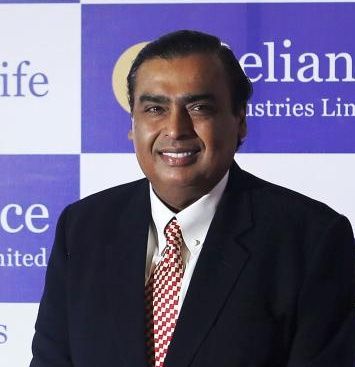 A complaint against Reliance Industries Ltd (RIL) and its chairman Mukesh Ambani, in the KG-basin gas pricing issue, has revealed some serious cognizable offences, the anti-corruption branch (ACB) of the Delhi Police has said.

In an affidavit filed before the Delhi High Court in relation with RIL's petition challenging a first information report (FIR) against Ambani, ACB has claimed the matter falls under its jurisdiction and it is duty-bound to probe it.

The High Court also accepted the two original complainants who approached ACB to file an FIR - E A S Sarma, former secretary in the power and finance ministries, and Supreme Court lawyer Kamini Jaiswal - as party to the case filed by RIL.

In its petition before the Delhi High Court, the state government was acting beyond its jurisdiction, Reliance Industries had pleaded the FIR be quashed. The company had claimed gas pricing was its contract agreement with the Centre, which emerged out of the Union government's economic policy-making; the Delhi state government had no authority to inquire into the Centre's policy-making powers. It had termed the move unconstitutional.

Reliance Industries had also alleged that the Delhi government (then headed by Arvind Kejriwal) was politically motivated and malicious. The Kejriwal government is no more in power and the Delhi state government is entirely controlled by the Lieutenant Governor. But ACB has stuck to its guns and strongly countered the company's averments on jurisdiction.

Section 420 relates to "cheating and dishonestly inducing delivery of property", while Section 120B covers criminal conspiracy.

ACB has claimed not only did it have jurisdiction in this case of cheating, corruption and criminal conspiracy, but it was duty-bound to register an FIR and investigate, since the FIR "disclosed a congnisable offence being committed" by RIL, Mukesh Ambani and officials and ministers of the central government.

The branch has added that the company's point, that the Delhi Police does not have jurisdiction to file an anti-corruption FIR, as the subject 'gas' falls in the Union list under Constitution, is a "misconceived absurd contention".

ACB has cited the orders of the Lieutenant Governor of Delhi from 1977 and 1993 that provide power to the branch to undertake cases and investigations of cases falling under the Prevention of Corruption Act within the bounds of the national capital territory. The affidavit notes, since the Lt Governor is a representative of the Union government, the Centre itself devolved the powers upon ACB.

Though the matter is under investigation, a plain reading of the FIR - if the allegations made there are true - shows commission of congnisable offences requiring legal punishment, the branch has said.

In the FIR, four complainants have accused former petroleum ministers M Veerappa Moily and Murli Deora and former director general of hydrocarbons V K Sibal, besides other public servants, for being part of a mega scam that systematically benefitted Reliance Industries and caused annual loss of up to Rs 54,400 crore to the exchequer through upward revision of gas price and other acts, such as allowing gold-plating of costs by the company, deliberate drop in gas production and non-relinquishment of gas fields. Among private entities, the four petitioners accused Mukesh Ambani, Reliance Industries Ltd and other unnamed individuals as part of the alleged scam.

The ACB affidavit has referred to the 2G scam as well. It has noted that the KG basin gas case is akin to the 2G telecom spectrum scam, which was taken up for criminal investigations after the Comptroller and Accountant General said the decision of spectrum pricing caused a loss of Rs 1,36,000 crore to the exchequer. Later, the Central Bureau of Investigations alleged the policy decision had led to a loss of Rs 30,000 crore.

Citing the 2G case, ACB has said it cannot be concluded that a case cannot have "criminality involved" or be subject matter of investigation by the police merely because a decision is related to policy.

The branch has, however, refrained from commenting about RIL's contention of policy decisions on gas pricing by the central government being correct. It has noted that it is still investigating the case after the FIR was filed.

In its support, ACB has also attached a list of other cases where it caught central government employees in corruption cases occurring within the NCR jurisdiction.

The case will be next heard by the Delhi High Court on August 19. Jaiswal and Sharma, the two original complainants in the FIR, had pleaded through their lawyer Prashant Bhushan to be made party in RIL's writ petition challenging the FIR and ACB's powers. They had said RIL had not made either of the four complainants or Arvind Kejriwal's Aam Aadmi Party respondents in the writ petition but accused them of malafide. They contended the court rules required that RIL's accusations of malafide intentions against individuals and entities not party to the case could not be heard. The high court had accepted their plea in May and made them party.

Besides this high court case, the Supreme Court is also hearing two petitions related to the Reliance gas pricing matter.

RIL's argument for quashing of investigations, that 'gas' comes under the Union list under Constitution, is absurd

The branch has no jurisdiction in the case to investigate

ACCUSED PEOPLE & ENTITIES IN THE FIR ACB IS PROBING 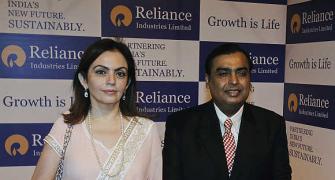 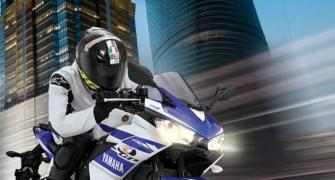 Revealed: Here's why Yamaha R25 will cost you a BOMB! 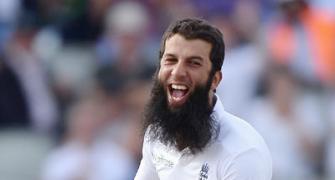 Rampaging England beat India by innings and 54 runs in Manchester 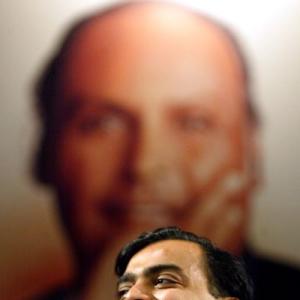 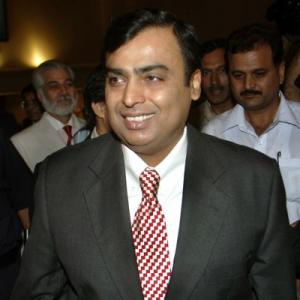