The light at the end of the much-hyped Dedicated Freight Corridor tunnel will take a long time to be lit. 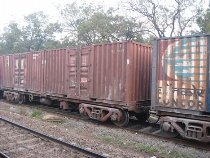 Indian Railways' ambitious project of developing Dedicated Freight Corridors, conceived to change the face of its freight traffic business, is set to suffer inordinate delays due to troubles in land acquisition and various other issues.

The total land required for developing the eastern and western arms of the freight corridors has been estimated to be 11,180 hectares. Of this, the Dedicated Freight Corridor Corporation of India Limited  has issued a notification under Section 20A of the Indian Railways (Amendment) Act, 2008, for nearly 5,000 hectares spanning across eight states. The final notice under Section 20E, which gives the railways special powers to take possession of land for projects of national importance, has been issued for 6,000 hectares.

However, Railway Minister Mamata Banerjee's resolution to refrain from forcibly acquiring land for the project has led to objections surfacing from land owners in Maharashtra, Haryana, Gujarat and Uttar Pradesh. This has forced the corporation to go back to the drawing board to re-examine the alignment of the corridors.

Alignment of the corridors is already being reconsidered at Chandoli and Panvel in Maharashtra, on the Gurgaon-Palampur route, near Mughalsarai in Uttar Pradesh and at stretches in Gujarat.

A former member of the Railway Board said, "Though land acquisition procedures should not be oppressive, realigning the route of the dedicated corridors will result in major delays and endanger the commissioning of a project which is integral to the growth of the railways. The measure will result in cost escalation due to time over-runs."

Further, the minister's assurance may encourage land owners to hold up sections of the project for demanding additional compensation. He added detours from the existing alignment through far-flung areas may give rise to political pressure in the future to run passenger trains on the dedicated freight tracks.

This would defeat the very purpose of the dedicated freight corridor, which is one of India's largest infrastructure project.

Indian Railways currently runs mixed traffic (passenger and freight) on all its existing network of 64,015 route km. Since passenger trains get priority over goods trains, the average speed of freight trains is limited to 25 kmph.

The dedicated freight corridors have been conceptualised to ensure timely delivery of goods by running trains at 75-100 kmph. Operation of passenger trains on the dedicated routes in future would slow down freight traffic to the current levels.

Authorities at DFFCIL had earlier said the bidding process for the eastern corridor would be initiated by May 2010 and that of the western corridor by December this year. However, considering the slow pace of progress of the implementation mechanism, the official added, meeting such targets do not appear to be realistic. Commissioning the entire project by 2016-17 too seems to be far-fetched.

COST ESCALATION
In the meantime, project cost has escalated from the originally sanctioned Rs 281.81 billion (Rs 28,181 crore) to Rs 423.11 billion (Rs 42,311 crore) for developing both the eastern and the western corridors, excluding the Sonnagar-Dankuni stretch on the eastern arm which is currently under survey. Initial estimates available with DFCCIL indicate that around Rs 85 billion (Rs 8500 crore) would be required for completing the segment.

Resource mobilisation is a persisting issue with railway projects. A loan agreement for Rs 177 billion (Rs 17,700 crore) has been signed with Japan International Cooperation Agency (JICA) to fund the development of the 920 km stretch between Rewari and Vadodara. Another Rs 100 billion (Rs 10,000 crore) is expected from the World Bank to construct 730 km between Khurja and Mughalsarai.  Financing arrangements for the remaining stretches are yet to be finalised.

Traffic projections made by RITES depict that in 10 years time, incremental freight on the western corridor would be 16.60 million tonnes. The eastern corridor is projected to transport 91 million tonnes of coal (for power plants in UP, Delhi, Haryana , Punjab, Rajasthan), finished steel, foodgrains, cement, fertilisers, limestone by 2021.

The existing trunk routes of Howrah-Delhi on the eastern side and Mumbai-Delhi on the western corridor, which carry 55 per cent of revenue earning freight traffic, are highly saturated with line capacity utilisation varying between 115 and 150 per cent. Industry experts say, failure to build the DFCs within the stipulated timework, would choke the freight carrying capacity of the Indian Railways.

Parvesh Minocha, managing director of the transport division of Feedback Ventures, said, "The dedicated freight corridor can be a game-changer for the Indian Railways by providing for quicker, timely and reliable carriage of freight traffic. If the railways are to increase and regain share in the freight transportation market they have to come up with DFCs to create the much required additional capacity on the network."

Indian Railways' share in the freight transportation market has declined from 89 per cent in 1950-51 to 30 per cent in 2007-08. The highways have been the prime gainers increasing share from 11 per cent to 61 per cent in the period.
Sharmistha Mukherjee
Source: 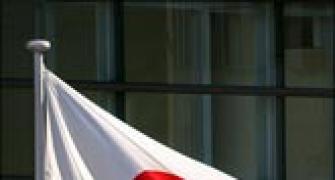 It's destination India for Japan Inc!