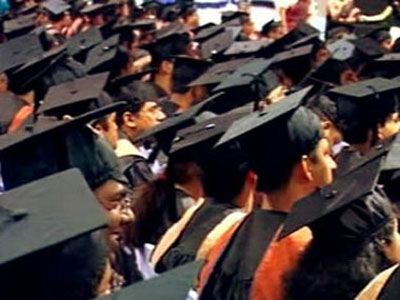 While some banks brought investment banking roles exclusively to IIM-C, consulting firms continued their dominance on the campus with 20 per cent of the total offers.

In the consulting domain, Bain & Co emerged the largest recruiter. Others that hired from IIM-C included Alvarez and Marsal, Opera Solutions, Ernst & Young and Deloitte Consulting.

This year also saw a marked rise in the number of leadership and general management roles, with Tata Administrative Services, Aditya Birla Group, C K Birla Group, Samsung India, Reliance Industries, and Wipro hiring in large numbers. The Aditya Birla Group with 17 offers for IIM-C students was the highest recruiter in this category.

The steady growth of the e-commerce sector, fuelled by the government’s initiatives such as Start-up India, was echoed in the placement statistics. Around 20 per cent of the offers were made by e-commerce and web-based start-ups such as Amazon, Snapdeal, Flipkart, PayTM, Olacabs, Uber, RedBus, etc with Amazon being the top recruiter.

Placement chairperson Rajiv Kumar said, “It is satisfying to be able to place the entire batch in about 2.5 days. Such results are obtained due to a variety of factors such as the quality of our admission as well as education, relentless efforts put in by the placement team, the societal and market acceptance of IIM-C and the support of our alumni. The expectations from stakeholders continue to increase, and we’ll strive even harder in coming years to meet these expectations.”

At the Indian Institute of Management, Ahmedabad (IIM-A) Reliance Anil Dhirubhai Ambani Group and Tech Mahindra extended the highest number of offers in third cluster of final placements IIM-A’s PGP Class of 2016. The two companies made five offers each.