Relying on the private sector to undertake infrastructure investment may not be a realistic proposition, says A V Rajwade. A month from now, Finance Minister Arun Jaitley will present his Budget for the 2016-17 fiscal to Parliament. One expects the Indian Financial Code to get enacted along with the Finance Bill.

For the former, the minister has already announced his intention to limit the deficit to 3.5 per cent of nominal gross domestic product (GDP); for the second, while the principle of inflation targeting as the sole objective of monetary policy seems to have been accepted, the issue of composition of the Monetary Policy Committee and the Reserve Bank of India governor's veto power still seem to be under consideration.

As the Financial Times emphasised in an editorial on January 22, "India needs to create jobs for a fast-growing workforce and lift large numbers out of poverty", one major hurdle in achieving this is "the scale of the challenge to build infrastructure".

The other side is whether fiscal consolidation and inflation targeting could become constraints on infrastructure investment, growth and job creation.

Consider the question of fiscal deficit first. As conventionally calculated, it is the difference between the government's income and expenditure on both revenue and capital accounts.

The deficit adds to government debt, but surely there is a huge difference between, say, the expenditure incurred in implementing the recent award of the Seventh Pay Commission, and the money spent on building roads, ports, or other infrastructure, which adds to government assets?

This apart, investments in infrastructure are essential to maintain growth momentum and the resultant increase in GDP improves the government's debt servicing capacity.

As Dani Rodrik of Harvard University wrote in a recent Project Syndicate column, rapid growth in the most successful economy in Africa, namely Ethiopia, was the result of "a massive increase in public investment, from five per cent of GDP in the early 1990s to 19 per cent in 2011 - the third-highest rate in the world.

The government went on a spending spree, building roads, railways, power plants and an agricultural extension system that significantly enhanced productivity in rural areas where most of the poor reside".

My memory is that much of the building/rebuilding of infrastructure in today's advanced industrial economies such as Japan, the US and countries in Europe was financed by public resources at the end of World War II.

It may be argued that the building of infrastructure could be left to the private sector and bank financing rather than through fiscal resources.

While prima facie this sounds reasonable, at present there seem to be several constraints on this happening on any significant scale. Some of the more important ones are as follows:

The banking supervisor has been expressing serious concerns about the level of non-performing assets of the banking system.

Loans to the infrastructure sector have a disproportionate share in the aggregate non-performing assets, and banks would be reluctant to increase their exposure.

Even otherwise, the banking system would be reluctant to increase its loan book because of the much higher capital requirements prescribed by the Basel III norms, which are to be complied with in the next few years.

The new accounting standards would not only increase the on-balance sheet debt of companies, but also increase the provisioning requirements for the banking system as banks would need to provide expected future losses on existing loans, once the new standard becomes mandatory. This will make Basel III compliance even more difficult.

For the private sector, its experience with stalled projects in the infrastructure sector has not been happy, and that will surely dim its enthusiasm.

Another problem is that, in Maharashtra at least, there has been strong political opposition and agitations against the collection of tolls on roads financed by the private sector.

One also wonders to what extent the prevailing high real interest rates would adversely affect infrastructure investment by the private sector -and this is not entirely the result of inefficient monetary transmission on the part of the banking system.

Both the vice-chairman of Niti Ayog and the chief economic advisor have commented on this issue; so have economists like Gita Gopinath of Harvard University.

In short, relying on the private sector to undertake infrastructure investment may not be a realistic proposition; the sanctity of fiscal deficit may need to be dented in the interest of investment, growth and job creation.

As for inflation targeting as the sole objective of monetary policy, I expect to revert next week. 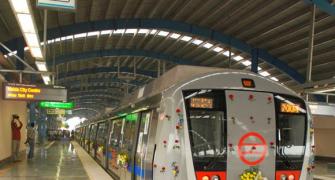 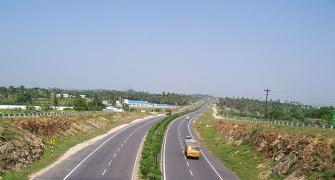 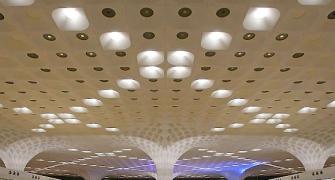 With big-tickets projects, India to get a infrastructure boost