Bullish markets? Be prepared for bad news from Europe

The next round of bad news could come from Europe, where banks in a number of economies such as Italy, Portugal and Greece are sitting on mountains of bad loans, say  Abheek Barua & Bidisha Ganguly. 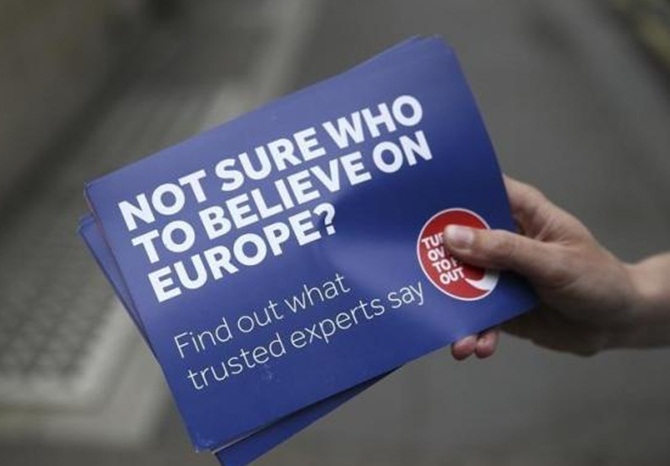 You can accuse us of being “crisis chasers”, choosing to write our column on the next possible flashpoint in the global economy instead of cheering the bull rampage in financial markets, both in India and the rest of the world. But the fact is, in this period, stocks of a number of European financial institutions touched levels as low as in 2012, the high point of the European economic and market crisis.

Thus, the next round of bad news could come from Europe, where banks in a number of economies such as Italy, Portugal and Greece are sitting on mountains of bad loans.

Brexit adds a new dimension to this problem. If the European Union’s (EU) response is seen to be too tepid or based on punitive conditions to the crisis, the clamour to exit the union will be strong.

Eurosceptic parties, once seen as part of the loony fringe, are now an influential part of the mainstream.

The anti-euro Five Star Party is, for instance, the most popular party in Italy.

The country has a critical referendum in October. Were the incumbent pro-euro government to be booted, it might pave the way for another Brexit-like referendum.

Where do the roots of Europe’s banking problems lie? For one thing, the low-interest regime that the European Central Bank has maintained to fight deflation and slow growth has eroded profitability of the banks.

Add to this a faltering economy and good-quality loans are difficult to find.

In short, Europe’s banks have a problem, both with finding volumes and a fair price for their product.

It’s not surprising that the efforts to securitise and sell bad loans have come a cropper, a problem stressed Indian banks are all too familiar with.

The Italian government tried to get banks to offload their senior tranches of debt by offering a sovereign guarantee.

However, in a situation where the credibility of the sovereign is itself shaky, these repackaged loans found no takers.

The EU led by Germany has refused to play ball. New rules imposed by the EU mandate that eight per cent of banks’ liabilities have to be “bailed in” before the government steps in.

Put crudely, it means that depositors and bond-holders have to part with eight per cent of their holdings to help recapitalise banks before the government steps in with taxpayer aid to buffer their capital.

There were bail-ins last year that caused huge losses for households, which happen to be the principal depositors.

Italian Prime Minister Matteo Renzi’s desperate appeal for some relaxation in EU guidelines to allow state support for banks was rejected by the euro zone’s council of finance ministers.

Estimates vary but banks would need roughly euro 40 billion of state funding to get back on their feet.

It is possible that a solution will be worked out before banks actually begin to collapse.

However, the resentment against Germany and northern Europe that call the shots in the EU is growing. “Quitaly” or a Brexit-like departure from the union cannot be ruled out. Italy is not tiny.

It accounted for 11 per cent of the union’s gross domestic product (GDP) in nominal terms compared to the UK’s 17 per cent. Thus, the ripple effects of an exit could be strong.

Now for some good news. Japan seems likely to opt for a massive fiscal stimulus to prop up its economy in coordination with the central bank.

Prime Minister Shinzo Abe’s party won a victory in the upper house, giving him the political numbers and heft to push this through.

Its GDP forecasts for 2016 were revised down from 1.7 per cent to 0.9 per cent and inflation was also down, clearly making a strong case for more policy action.

Though key economic adviser Koichi Hamada was quick to rule this out as a possible strategy in the future, markets are expecting about a $100-billion stimulus coupled with some hefty liquidity support.

It’s a familiar story then. Fear bred by upheaval in one part of the world followed by greed fuelled by government action in another.

Which side will win remains an open question but huge volatility seems guaranteed.