Stepping up its campaign to eradicate rural poverty, China has launched a new scheme under which its provincial officials have to live in villages and develop those areas, where most of its over 100 million poor reside.

About 15,000 officials from Hebei provinces were dispatched to over 5,000 villages across the northern Chinese province to live and work with local villagers between February and December this year.

The officials were selected from different government departments and the People's Congress of Hebei Province, which has allocated 250 million yuan ($39.28 million) to cover the project's general expenses in addition to 500 million yuan allocated to the villages to promote their local economies.

The project initially sparked controversy amid claims that it was a waste of money and would have little influence on ailing rural economies but officials say it is welcomed by rural population.

"People misinterpreted the (project's) purpose. China's countryside is socially stable, but the aim of the government is to eradicate poverty," Fang Ning, director of the Institute of Political Science at the Chinese Academy of Social Sciences, told the Global Times.

The provinces started the drive after Premier Wen Jiabao's call in March this year to focus on eradicating poverty in rural areas.

This call has been answered by the local governments of Gansu, Hebei, Hubei, Shanxi, Tibet and Qinghai, which have all dispatched officials to live and work with villagers to spearhead the campaign, the daily reported.

living below the poverty line.

China, the most populous country with over 1.34 billion people, may boast a fairly large economy, but its per capita income ranks 90th in the world, he said stressing that China continues to be a developing country.

Last year World Bank pegged China's below poverty line population who lived on less than $1.25 a day at about 150 million.

An official survey last year said 67.34 million rural people were lifted from poverty in the last decade bringing down the percentage of rural poverty from 10.2 to 2.8 per cent.

China also raised the threshold of gauging the poverty by almost a dollar a day which has come from praise from the World Bank.

The new purchasing parity level will make 128 million people eligible for government anti-poverty subsidies, or 13.4 per cent of the registered rural population, according to officials.

About the drive to make officials live in rural areas, Fang said for many bureaucrats, adapting to life in the countryside can be a difficult transition that involves more than merely going without air conditioning or fashionable clothes.

"These officials don't have an Audi to drive or five-star hotel accommodation, and they can forget about luxurious liquors such as Moutai or Lafite wines," Fang said, adding the campaign provided valuable 'training for government officials.'

The idea of officials living alongside farmers has been derided by many Web users in the country as a publicity stunt for the government rather than a campaign that will deliver tangible benefits to struggling villagers. 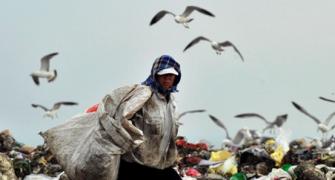 China has over 100 mn living below poverty line 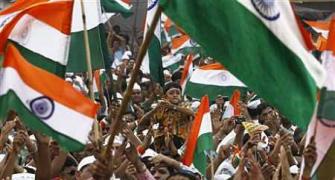 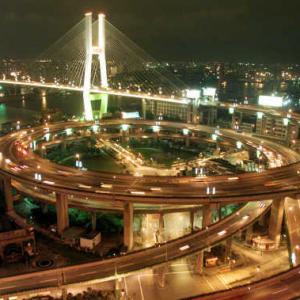 IMAGES: 15 reasons why China will dominate the world 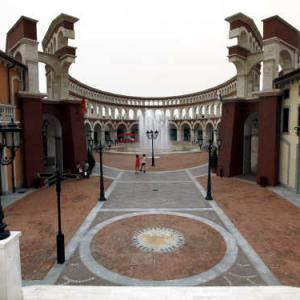