China is planning a 'New Silk Road' at a cost of $660 million that will run through Central Asia and continue into Europe, crossing the Pamir Plateau, to facilitate improved transport and trade.

The road connecting Kashgar in Xinjiang province with Erkeshtam, a border point of central Asian state of Kyrgyzstan will complement a planned 'Silk Track" railway that will also boost connections with Europe and the countries in between, officials and experts have confirmed, official China Daily reported.

Officials of the Xinjiang highway administration said construction will soon start on a 213-km expressway which was expected to be ready by September 2013.

The project, which is likely to cost 4.3 billion yuan ($660 million), is being described as the first expressway to cross the Pamirs Plateau and offers access to Central Asia.

Ju Chengzhi, director of the international affairs department at the Ministry of Transport, told China Daily the soon-to-be-built Kashgar-Erkeshtam expressway is a section of the proposed new link between Asia and Europe.

He said the route within China will start in Lianyungang, in East China's Jiangsu province, and travel through Xi'an, in Northwest China's Shaanxi province, before reaching the Xinjiang Uygur autonomous region.

The proposed route will continue through Kyrgyzstan, Uzbekistan, Tajikistan, Turkmenistan, Iran and Turkey, before heading into Europe, he added.

"The route will link China with major countries in Central Asia, Western Asia and Europe. It will pass these countries' administrative centers, major cities and resource-producing

According to Ju, China has also proposed two other road connections between China and Europe -- one going via Kazakhstan and Russia and the other going through Kazakhstan and via the Caspian Sea.

Experts said barriers -- including technical ones and issues connected to taxation and customs -- are the reason why almost all of China's exported goods to Europe are transported by sea.

Even goods from Xinjiang, Gansu and Inner Mongolia are currently sent east by rail to China's ports before they are shipped to Europe.

China's trade with Central Asian countries has grown nearly 50 times in the 17 years between 1992 and 2008, according to a report by Xinhua News Agency in 2009.

The report said the trading turnover between China and the five Central Asian countries was $ 527 million back in 1992 but had increased to $25.2 billion by 2008.

To facilitate communications and trade, China is also advocating a rail link that would start from the Xinjiang Uygur autonomous region in China and pass through Tajikistan, Kyrgyzstan and Afghanistan before arriving in Iran, according to Iranian officials.

The railway would then be divided into two routes -- one of which would lead to Turkey and Europe.

K J M Varma in Beijing
Source: PTI© Copyright 2021 PTI. All rights reserved. Republication or redistribution of PTI content, including by framing or similar means, is expressly prohibited without the prior written consent.
Print this article 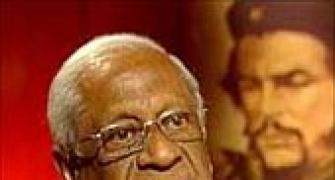 'Left has edge in Kerala, tough fight in Bengal'
'Davis network responsible for attacks on Fazlur'
Advani calls for 'jihad' against corruption 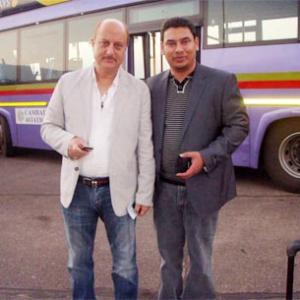