China does not have coherent global strategy: LSE

China lacks a coherent global strategy to match its growth, power, wealth and ambition, a new report by a prominent UK think-tank has said.

The study finds that China's foreign economic policies are confused or even contradictory because they are driven by domestic politics and priorities rather than by any grand strategic plan, said a statement issued by London School of Economics.

This means that China may not be in full control of its overseas investments and resources, while "muddled attempts" to increase its regional power may be making America stronger, the report says.

The report -- China's Geoeconomic Strategy -- has been published by LSE IDEAS, the centre for international affairs, diplomacy and strategy.

It draws together insight from eight China experts -- who include academics, journalists and policy analysts.

A report by the centre on India in March had concluded that India is not a superpower and will not become one in the foreseeable future, based on analyses by experts including noted historian and commentator Ramachandra Guha.

The report on China says that while China's military might is expanding, according to author Jonathan Fenby, its policy towards its neighbours has been confused.

them to seeker closer alliances elsewhere, it says.

Fenby writes that China knows "the US will remain the principal military power in East Asia and that any serious attempt to challenge it will only drive other countries further into its arms... Even in its own backyard Beijing lacks strategic coherence".

He adds: "That may reassure states which would fear a determined, coordinated Chinese approach, but it also opens up the possibility of miscalculations and makes dealing with the PRC more difficult."

Another expert, Jie Yu, argues that this uncertainty also extends to commerce and overseas investment where the close relationships between the Chinese government and companies (even private companies) can stifle their effectiveness.

She writes: "Their close association and somewhat submissive relationship with the Chinese government have impeded their overall business plans. Chinese companies are particularly vulnerable  not to mention complacent when they operate abroad. China's competence in 'buying up the world' has been grossly over-estimated by the West."

The report's editor, Nicholas Kitchen, concludes: "Not only is China not conducting a coherent geoeconomic strategy, it is often not in direct control of the policies it has. Nor is China necessarily that competent in the international economic arena. Significantly, these failings of foreign-economic policies are increasingly producing diplomatic difficulties for China."
Prasun Sonwalkar in London
Source: PTI© Copyright 2021 PTI. All rights reserved. Republication or redistribution of PTI content, including by framing or similar means, is expressly prohibited without the prior written consent.
Related News: South China Sea, London School of Economics, PRC, Nicholas Kitchen, Jonathan Fenby
SHARE THIS STORY
Print this article 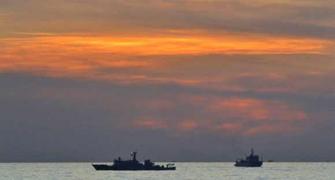 The tiny nation that is taking on China 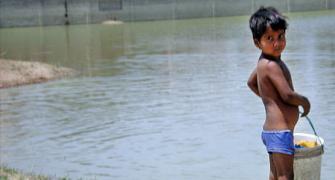 India's YOUNG flock to Bihar to work for rural POOR 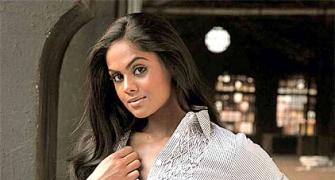 Karthika: I want to do selective films