China has banned the country's media from reporting on 18 subjects, including yuan revaluation, corruption and problems in Tibet and Xinjiang, according to a media report.

"China has prohibited the Chinese media from reporting on 18 subjects, including yuan revaluation, corruption and problems in Tibet and the Xinjiang Uighur autonomous region," the Japanese daily Asahi Shimbun has reported.

In a report published on March 26, the newspaper said, "Liu Yunshan, director of the publicity department of China's Communist Party, faxed notifications about the bans to major newspaper companies, television and radio stations and Internet news companies on Sunday (March 22)".

Going by the daily, the move came a day before Internet major Google stopped censoring web search results and redirected hunt queries from mainland to an uncensored site in Hong Kong.

in finding jobs after graduation, food safety and rising prices of cooking oil," the daily noted.

According to the report, in the notification to the Chinese media, Liu said the top priority concerns the value of the yuan against the US dollar.

Amid concerns about cheaper Chinese exports coming into the overseas markets, the US has been pressurising China to revalue its currency yuan.

Attributing to sources in China, the report said the government was likely learnt of Google's withdrawal decision in advance and decided to quickly impose its control over the media concerning sensitive topics.

Other banned subjects include high medical fees, disparity of wealth, forecast of appointments for Communist Party leaders, the collapse of school buildings in the 2008 Sichuan earthquake and delays in reconstruction, rising real estate prices and the housing shortage.

Quoting an official at a Chinese newspaper, the daily said, "Most of the subjects that people are interested in have been banned. We don't know what to report on".
Source: PTI© Copyright 2021 PTI. All rights reserved. Republication or redistribution of PTI content, including by framing or similar means, is expressly prohibited without the prior written consent.
Related News: China, Liu Yunshan, Communist Party, Asahi Shimbun, Tibet
Print this article
Japan, US plan emergency pact
China 'appreciates' India's stand on Tibet
Maoists threaten to extend bandh indefinitely 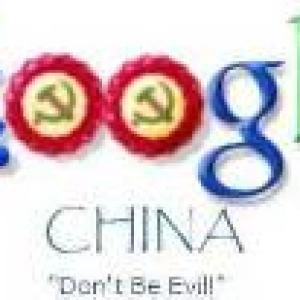 Protests break out in Tibet again