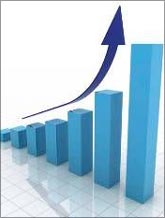 The economic slowdown has bought with it numerous questions but very few answers.

How can we develop the kind of infrastructure that has helped the Western world and Asian giants like China and Japan succeed?

How will climate change and carbon emission-cuts affect the Indian industry?

Dr Ajit Ranade discussed these issues with rediff readers on Tuesday. Here is the transcript: