The findings of the report showed consumer spending falling for the first time in over four decades in 2017-18. “The government had decided to not release the consumer expenditure survey report. But, earlier this year, NSC Chairman Bimal Kumar Roy received a communiqué from the CEA’s office requesting the results be made public as it is used for analysis in the Economic Survey,” a top official aware of the development said.

NSC members were informed about the CEA’s communiqué in a meeting held recently and a smaller group within the statistical body, led by Roy, was supposed to take a call on the issue.

“The meeting hasn’t taken place yet,” the official said.

The findings of the report, published by Business Standard, showed consumer spending falling for the first time in over four decades in 2017-18.

Some experts interpreted it as a case of rising poverty, while an expert group appointed by the government said the fall in consumption of food items was due to a rise in consumption through the public distribution system and non-food items due to free health care services, among other factors.

The day the results of the report were made public by this publication, the ministry of statistics and programme implementation issued a statement saying it had decided to scrap the survey because of “data quality” issues.

The NSC, an autonomous statistical body, was not consulted before the press statement was issued.

This was the first time the government had scrapped a survey of this scale since the erstwhile NSSO was established in 1950.

In the Economic Survey of 2019-20, tabled in Parliament in January, Subram­aninan had attempted to estimate the cost of a meal in India, using consumer spending data as one of the indicators, in the chapter ‘Thalinomics: The Economics of a Plate of Food in India’.

The NSC had decided to conduct fresh consecutive surveys for 2020-21 and 2021-22 with changes in methodology but that got delayed due to lockdown.

India is unlikely to have an estimate on poverty for a long period – consumer spending survey was last made public in 2011-12. 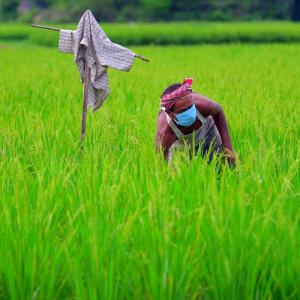