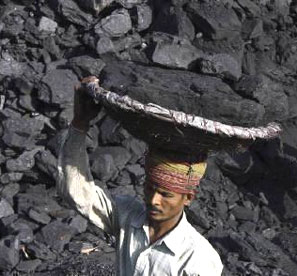 The Central Bureau of Investigation (CBI) has started scrutinising the file received from the Prime Minister's Office on coal block allocation to Hindalco to understand the circumstances on the basis of which the earlier decision to reject the company's application for the same was reversed.

CBI sources on Monday said the analysis of the file is crucial for the probe as it would help understand the public good cited as the reason for reversing the decision.

The sources said agency would first scrutinise other files related to the allocation of block and gather material evidence to develop its case based on which it would call prime accused former Coal Secretary P C Parakh and Aditya Birla Group Chairman Kumar Mangalam Birla for questioning.

However, they said Parakh and Birla would be called for examination at the fag end of the probe as it is necessary to question other officials who were part of chain of decision-making to clarify the issues involved and identify the alleged criminality in the decision-making process.

Prime Minister Manmohan Singh, who has been under opposition attack over the allocation to Hindalco promoted by Kumar Mangalam Birla, has defended the decision as "entirely appropriate" and based on merits of the case presented to him.

Controversy had erupted over the allocation after CBI registered an FIR against Birla and Parakh last week. CBI sources said the only material change that took place between rejection of Hindalco's application during 25th screening committee and allotment were two letters routed to

Parakh through the PMO and his personal meeting with Kumar Mangalam Birla, Chairman of Aditya Birla Group. "To imply that our Chairman, Mr. Kumar Mangalam Birla, managed to overturn the decision of the Screening Committee, is preposterous," a statement from Hindalco had said refuting the allegations levelled in the CBI FIR.

Biz vs politics: Are corporate honchos victimised in India?