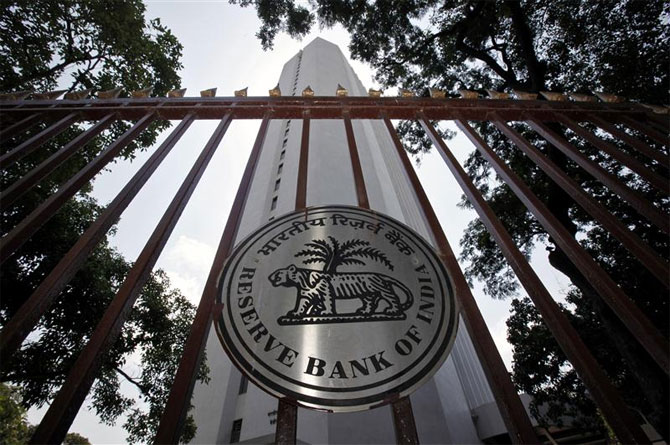 In a rare public appearance on Friday, the Comptroller and Auditor General of India (CAG), Shashi Kant Sharma, added a new dimension to the ongoing debate on the Reserve Bank of India (RBI) and the banking system in general.

Delivering the keynote address at a conference on Financial and Corporate Frauds, organised by industry body Assocham in New Delhi, Sharma said there was a need to consider CAG audit for financial regulators like the RBI.

He also said a significant portion of what is being recognised as bad loans of commercial banks was the result of fraud, the bulk of which may have been transferred abroad and may never get recovered.

Though a proposal on audit of RBI was floated in the past, CAG’s observations assume significance as they have come at a time when the banking sector is under severe stress and the government is in the process of selecting a new governor.

Sharma, who completed three years as the national auditor in May, referred to the way advanced markets such the US and the UK have dealt with the issue.

“The examples (of US & UK) cite the moves being made to bring forth more accountability and transparency on the financial sector regulators. In India, the CAG doesn’t audit the RBI, whose auditors are appointed by the central government under the provisions of the RBI Act.  In the light of the growing incidents of financial frauds, this is a thought for consideration. Our audits should look into the risks and vulnerabilities facing our financial sector as well as the ability and effectiveness of regulators to mitigate such risks,” he said.

The emerging international trend of oversight of the regulators, in order to provide a higher level of assurance, is an interesting development that must be watched to inform our own system of oversight and assurance, said Sharma.

Industry reacted cautiously to the idea. Devamalya Dey, group president - audit & management governance, YES Bank, said, “It is a thought-provoking idea. It will be debated and discussed over a period of time, how we should go about it.”

The 12th CAG of the country explained how advanced financial systems such as the US and the UK are moving towards closer scrutiny of non-monetary policy functions of their central banks.

“In the US the GAO (Government Accountability Office) (counterpart of CAG in India) didn’t audit the Fed till 1978; post-78 it was allowed to review the Fed’s regulatory duties in the payment system, but was still prohibited from reviewing the deliberations, decisions and actions on monetary policy. But soon after 2009, the year of the financial crisis, the US Congress allowed the GAO to audit loans made by the fed to individual companies,” the CAG said.

After 2012, it was further allowed to review Fed’s internal controls, policy on collateral, use of contractors and other activities, whilst still keeping the monetary policy outside its ambit. Presently, he said, there was an ongoing debate of allowing the GAO to conduct a full-scale audit of the Fed’s activities and regulatory structure.

The new law also authorises the comptroller and auditor general to carry out examinations into the economy, efficiency and effectiveness with which the bank has used its resources in discharging its functions.