The government can auction 100 blocks that have been identified by the Geological Survey of India or exploration. The National Mineral Exploration Policy (NMEP) on Wednesday got the Cabinet approval, paving the way for auction of 100 prospective mineral blocks and boosting the country's mining potential.

"The Cabinet cleared NMEP. After the policy is approved, the government can auction 100 blocks that have been identified by the Geological Survey of India (GSI) for exploration," a source said.

To encourage mineral exploration in the country, the Mines Ministry has already notified the National Mineral Exploration Trust (NMET).

"Through NMEP, the government wants to attract private sector in exploration, besides involving state-run GSI, MECL and other notified agencies. States will also play a greater role by referring exploration projects, which can be taken up through NMET," a state government official said earlier.

One of the important features of NMEP is attractive provisions for private investment in the exploration sector, the official added.

NMEP has proposed that private entities engaged in carrying out regional and detailed exploration would get a certain share in revenue (by way of royalty or premium accruing to the state government) in mining operation from the successful bidder after the e-auction of the mineral block.

The revenue-sharing could be either in the form of a lumpsum or an annuity, to be paid throughout the period of mining lease with transferable rights.

Selection of private explorer is proposed to be done through a transparent process of competitive bidding through e-auction. For this, reasonable areas or blocks for regional exploration will be earmarked or identified by the government for auctioning.

Of India's entire Obvious Geological Potential (OGP) area, identified by GSI, only 10 per cent has been explored and mining is undertaken in 1.5-2 per cent of this area. 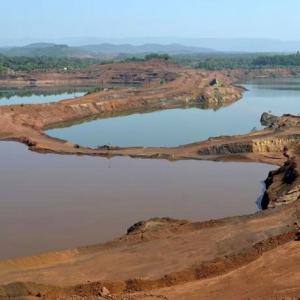 India to monitor mines via satellite to stop illegal extraction