The intensity of power crisis this season has hit a new high with average coal stock dipping to less than eight days. 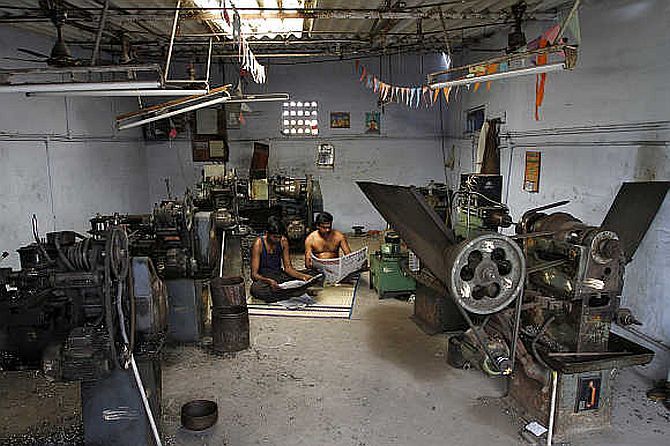 The first of a pan-Indian series, based on a ground report, shows how the Manesar industrial hub is coping with the challenge.

As the scorching heat wave and the lengthy power cuts intensify in Haryana, the usually bustling labour chowk of the Industrial Model Township (IMT) of Manesar wears a deserted look.

“There is no work for daily wagers. With factories and construction sites reducing the number of shifts because of power cuts, people are losing their jobs,” says Veer Das, a daily wager, who is among the few to turn up at labour chowk to find work.

“We are unable to sleep at night because our stomachs are empty and because there is no power to give us some relief from the heat. People are falling sick,” says Das.

As the energy crisis deepens over parts of the country, among the hardest hit have been the nearly 800 industrial units in Haryana’s industrial sectors which have seen their cost of production rise by over 30 per cent as a result.

“The long hours of power cuts every day have made us dependent on diesel generator (DG) sets, which has increased the production cost and made it tough for many micro, small and medium enterprises (MSMEs) to operate,” says a prominent industrialist, on the condition of anonymity.

“Power cuts of three-four hours are usual every year.

"But this year’s outages have increased our cost of production by over 25-30 per cent.”

The power crisis has come at a time when industry was already under pressure due to the ongoing Russia-Ukraine war and the effects of the pandemic.

Industries across the state have reported a major dip of over 15-25 per cent in production and demanded an immediate intervention from the state government.

“The government has not taken any step to improve the condition of industrialists.

"If we use DG sets, our cost will be more than the selling price,” says Ridham Singh, an industrialist in Sector 4, IMT Manesar, whose unit manufactures ice cream cups.

“This was peak production time for us, but due to power shortage, our production cycle has been disrupted, causing a loss of over Rs 2 crore in April,” he adds.

Small industrial units are in even greater peril.

Many are being forced to shut down because of the frequent power cuts and unstable power situation.

“We are finding it more economically viable to not operate the machines than to use them and run the risk of damaging them,” says Deepak Jain, director-general, Federation of Indian Industry.

“Electric purchase cost is around Rs 2 per unit but is sold to industries at above Rs 10 per unit.

"If electricity is not provided during the night shift, how will we meet the demand?

"Many other employees, including women, will also refrain from doing night shifts,” he adds.

Though units with an efficient power backup system of their own do not shut down operations, their labour cost increases.

“Maruti has enough power backup to keep all functions running, but our cost is also increasing,” says a senior manager at Maruti Suzuki.

“Construction stops rarely because all builders have generators.

"But the cost of diesel and workers falling sick because of the heat wave are making operations difficult for us,” said a prominent builder in Gurgaon, adding that “if the cost of construction increases, the cost of flats will also increase.”

It’s not just industries — hospitals, schools, and residents of Haryana are also worried about the extensive power cuts.

According to the state’s Dakshin Haryana Bijli Vitran Nigam (DHBVN) power cut roster for Gurugram, the total cut duration is 6.5 hours per day and for domestic supply areas, it is at least 4 hours in a day. However, the actual daily power outage has been for 10-12 hours.

Says Manoj Kumar, a resident of Sector 47, Gurugram, “My parents have medical issues and my kids are preparing for their semester exams.

"Power cuts of 10–12 hours, together with the heat wave, is affecting us physically as well as mentally.

"Sometimes my office work also stops, because of power outages.”

Experts say that with the mercury soaring to 45 degrees Celsius and with little improvement in the average coal stock — despite the ministry of railways scrapping over 1,081 passenger train trips to facilitate the transportation of coal — the condition is unlikely to improve anytime soon.

Data from the National Power Portal suggests that coal stocks at 165 power units across India is 32 per cent of the normative requirement.

The average coal stock stands at 7.6 days, down from 7.7 days last week.

The maximum demand for electricity across Haryana last week touched nearly 9,000 megawatts (MW), while the supply fell short by around 1,500MW.

Says former Haryana power minister Captain Ajay Singh Yadav, “Haryana has six power plants, but they are not fully functional because the government has not repaired them.

"Not a single thermal, solar, or nuclear plant has been established in the state in the past seven years.

"Today, electricity is being outsourced. Why are they not enforcing the agreement which the Congress did with Adani under which 1,453 MW was given to Haryana?”

Haryana power minister Ranjit Singh Chautala insists, however, that sufficient power has been arranged and that it will be supplied soon.

“The power shortage is there in almost 16 states, and not just in Haryana,” Chautala said. 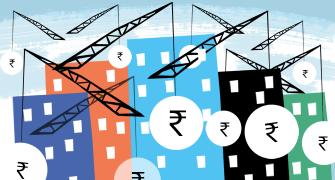 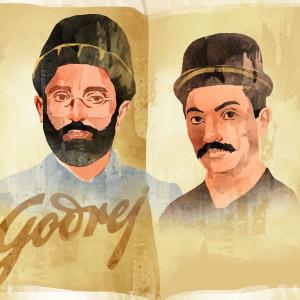 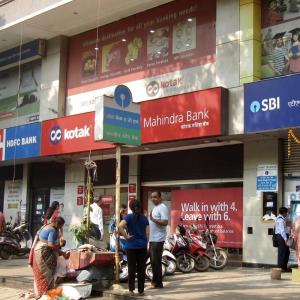