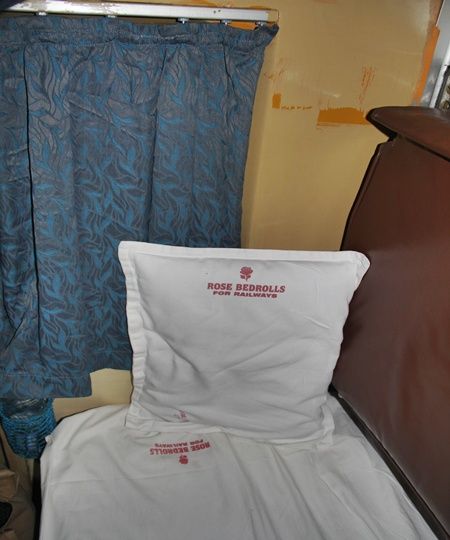 Presenting the Railway Budget for 2015-16, Railway Minsiter Suresh Prabhu announced that there will be no hike in fares and unveiled plans for better amenities.

Design, Quality and Cleanliness of Bed Linen to be Improved

The Railways will launch a programme to improve design, quality and cleanliness of bed linen within the next six months.

He said, National Institute of Fashion Technology (NIFT), Delhi has been approached for designing bed linen.

Presenting the Railway Budget 2015-16 in Parliament today Prabhu said, additionally, the facility of online booking of disposable bedrolls at select stations is being extended to all passengers through the IRCTC portal on payment basis.

The Railways will also increase the number of mechanized laundries, the Minister added.

Now, 200 more stations to come under Adarsh Station scheme; Wi - Fi to be provided at B category stations; facility of self-operated lockers will be available at stations.

An all - India helpline number, 138, will become functional to attend to the problems of passengers on a real time basis.

Presenting the Railway Budget 2015-16 in Parliament Prabhu said, passengers will be able to call up for complaints while on trains.

A mobile application to redress Railway-related complaints is also being developed. He said, the Railways intends to start this facility on a pilot project basis on Northern Railway from 1st March 2015.

Based on the experienced gained and the feedback received from passengers, this will be extended to all Railways soon thereafter.

Indian Railways’ Delhi Division is taking up a project for introducing on-board entertainment on select Shatabdi trains on license fee basis. He said, depending on the response, the facility will be extended on all Shatabdi trains.

The Railways will be introduced an “SMS Alert” service to inform passengers in advance the updated arrival/departure time of trains at starting or destination stations. Similarly SMS alert would be sent 15/30 minutes in advance of arrival of the train at the destination.

A centrally managed Railway Display Network is expected to be introduced in over 2,000 stations over the next two years which will aid in providing information on train arrival/departure, reservations, general and emergency messages and also any other information of interest to citizens. This facility will promote “Digital India Campaign” and also unlock huge advertising revenue potential.

Source: PTI© Copyright 2020 PTI. All rights reserved. Republication or redistribution of PTI content, including by framing or similar means, is expressly prohibited without the prior written consent.
Related News: SMS
SHARE THIS STORY
Print this article 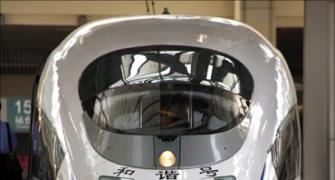