Proxy advisory firm Institutional Investors Advisory Services (IIAS) has opposed the proposed appointment of Sudarshan Venu, 24, to the board of directors of Chennai-based TVS Motor Co. 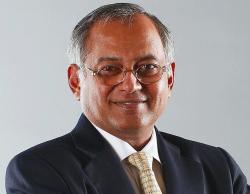 Sudarshan Venu is the son of TVS chairman Venu Srinivasan and a director of the holding company, Sundaram Clayton.

The company is seeking shareholders’ nod to appoint Sudarshan a whole-time director for five years from February and fix his remuneration.

The special resolution is a Companies Act requirement for companies appointing people below the 25 to the board.

Requests for comment sent to a spokesperson did not elicit response till the time of going to press.

According to the appointment terms, Sudarshan will be eligible for a remuneration of up to Rs 4.17 crore (Rs 41.7 million) annually, including a commission of up to one per cent of net profit (Rs 3.2 crore) and annual salary of a little over Rs 40 lakh (Rs 4 million).

The notice for a postal ballot was issued this month and the shareholders are expected to send votes by March 14.

In a recommendation, IIAS said, “Sudarshan Venu, though academically well qualified, doesn’t have enough experience to be on board.”

similar appointments, IIAS noted how other heirs spent considerable time in the businesses before being elevated. Rajiv Bajaj, 45, son of Rahul Bajaj, is a MD at Bajaj Auto.

He joined as a special officer at 22 in the area of manufacturing and supply chain. Rishad Premji, 35, son of Azim Premji, is chief strategy officer at Wipro’s information technology business.

He joined Wipro Technologies at 29 as business head for special projects in the banking and financial services division. Prior to this, he worked with Bain & Co in London and with GE Capital in the US.

Rishad Premji is not a board member at Wipro, though Azim Premji, promoter, holds a 78 per cent stake in the company, the IIAS note said.

Sudarshan holds a graduate degree in management and technology from the University of Pennsylvania. He also has a BS degree in mechanical engineering from the School of Engineering and a BS in economics from the Wharton School, USA.

He completed a master’s degree in international technology management from the Warwick Manufacturing Group, an academic department at the University of Warwick in the UK.

He is a director at Sundaram Clayton and TVS Credit Services. He does not hold any shares in the company. 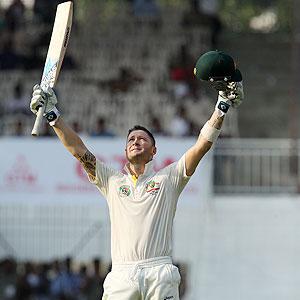