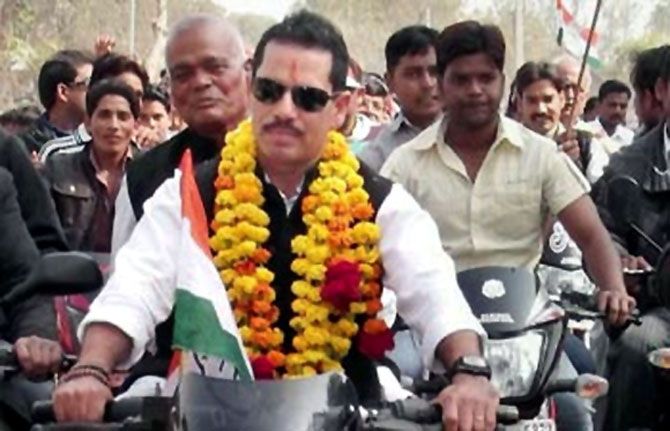 The Enforcement Directorate has extended by one week the time given to a firm linked to Robert Vadra, son-in-law of Congress president Sonia Gandhi for submission of documents in connection with its probe into alleged money laundering in a land deal in Rajasthan's Bikaner district.

Officials said the second summons for production of documents in this case was set to expire this week but after the firm sought some more time to comply, the Investigating Officer (IO) of the case allowed it to be done by the next week.

The agency had, on the first occasion, dismissed as "unauthorised" the appearance of a lawyer in response to the notices first sent in this regard last month to Skylight Hospitality.

The notice was sent after the ED had conducted extensive searches in this case in Bikaner district and other places last month and had claimed to have seized a number of documents.

The agency is expected to issue summons to a number of other people and entities involved in the case in the near future, sources said.

The probe is related to the purchase of 275 bigha land allegedly by the company in the Kolayat area of the border town of Bikaner.

The central probe agency had registered a criminal case of money laundering in this case last year on the basis of FIRs filed by the state police after the local tehsildar had made a complaint.

Vadra has denied any wrongdoing and had dismissed allegations of fraudulent land deals against him saying they were false and that he will "always be used for political gains", the Congress party had called the action "sheer political vendetta".