Sun Pharmaceutical, which is growing its dermatology and ophthalmic specialty business in the US will spend $460 million on R&D. 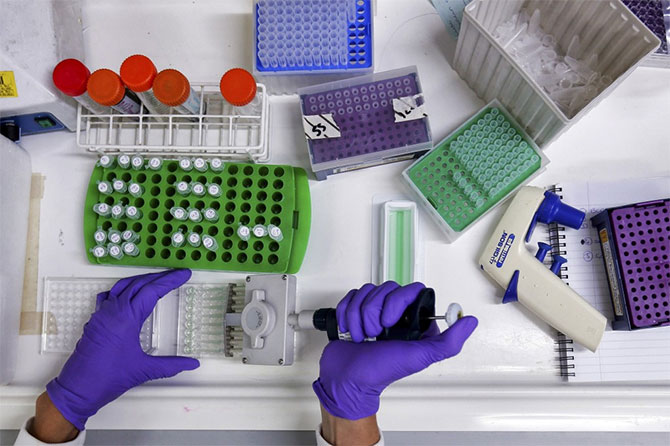 Companies such as Sun Pharma, Lupin and Dr Reddy’s have increased their spending to develop generic versions of complex drugs that are going off-patent in the world’s largest drug market, the US.

India’s drug makers spent $1.4 billion in the previous financial on R&D and are expected to spend about $1.7 billion in the current financial, according to industry estimates.

“Unlike most approved generic drugs, complex generics are difficult to analyse and, therefore, difficult to reproduce in comparison to plain generics which leads to less competition,” said a company spokesperson at Mumbai-based Glenmark, which entered complex products’ market early on by launching dermatology and oral contraceptive products in the US. According to analysts’ estimates, the company was expected to spend $160 million on R&D in FY 18, up from $116 million in FY16.

The highest expenditure is expected to come from Sun Pharmaceutical ($460 million), which is growing its dermatology and ophthalmic specialty business in the US. This would be an increase from $340 million in 2015-16.

“We expect increased R&D spends on account of development of future product pipeline in specialty and differentiated products,” said a company spokesperson.

Morgan Stanley Research said the pharma products market in the US was worth $330 billion to $340 billion. Out of this, $170-175 billion were branded drugs, $100 billion biologics and $70 billion generic drugs. Generic market size at manufacturer-level pricing was roughly $45 billion in sales value.

“We believe these would be technically more complex (50 per cent of the total) and, therefore, higher-margin opportunities versus history (25 per cent over the last 10 years),” said Morgan Stanley in the report.

The profit pool from this could be $8-12 billion. There would also be opportunities in biosimilars and specialty products which are innovative but target niche markets.

“Companies with the right product selection, strong R&D, and cost advantages should benefit,” said the report.

A spokesperson at Dr Reddy’s said: “Complex dosage-forms create sustainable pricing with the customer and also insulates companies in this space from competition.” As the dynamics of the US market change, these companies would have to invest more.

A spokesperson at Torrent Pharmaceuticals said: “Pharma products are moving more towards orphan drugs or biologics or oncology drugs and few classical drugs are being approved by the FDA (the US drug regulator). Indian generic makers will have to adapt their research and manufacturing tools to suit this realty.”