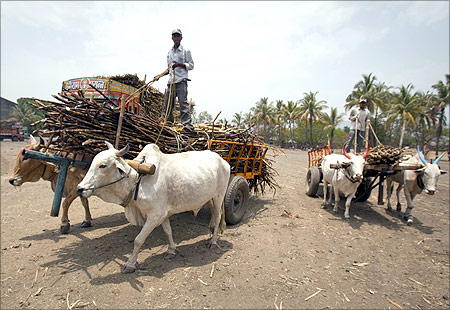 Indian farmer Nitin Tarode wants to sell his old bull to help pay for his sister's wedding after his income was hit by patchy rainfall.

But he has struggled to find a buyer who will pay a decent price because of a ban on slaughtering cows, bulls and bullocks in Maharashtra, the western state run by Prime Minister Narendra Modi's Hindu nationalist party.

"Now I will have to take a loan for my sister's wedding," says Tarode, the oldest of five siblings and the only earning member of his family in Akola, nearly 600 km (370 miles) inland from Mumbai.

A renewed thrust by Modi's Bharatiya Janata Party (BJP) to protect cows, worshipped by majority Hindus, has closed abbatoirs in Maharashtra, making it hard for farmers to sell their animals, and restrictions are spreading to other states.

Even lions, tigers and leopards in Mumbai's national park are being fed chicken and mutton rather than their usual beef because the city's main abbatoir has been shut for the past two weeks, said S.D. Saste, the park's assistant conservator.

Maharashtra, India's second most populous state, extended a ban on the slaughter of cows to bulls and bullocks this month and other BJP-led states such as Jharkhand and Haryana have also tightened restrictions on trading beef.

Critics say tougher anti-beef laws discriminate against Muslims, Christians and lower-caste Hindus who rely on the cheap meat for protein, and fear they could pave the way to a nationwide ban that would threaten thousands of jobs.

Tarode had hoped to pocket Rs 12,000 ($190) from selling his bull - more than half the money he makes each month from farming and other paid labour.

Drought in central India has hit farmers, and many want to sell livestock due to a lack of fodder and water.

But prices of buffaloes and cattle have fallen by 20-30 percent in Maharashtra due to the ban and could drop further if more states follow its lead.

Several thousand people, mainly from the Muslim community, will be rendered jobless in the beef trade and related industries like leather goods, leaders of the business community say.

"My business is ruined. Farmers are offering cattle at much lower prices but I can't buy because slaughtering is illegal now," said Asif Qureshi, a cattle supplier based in Baramati, Maharashtra.

The supply of hides to tanneries across India would also be hit, pushing up prices. Tanneries buy and process animal hides and sell leather to makers of shoes, handbags and accessories.

"Around 10 percent of my hide supplies coming from Maharashtra would be hit. Prices of hides may rise in the short term," said Ashish Das, director, Hides International, a tanner and maker of bags in Kanpur, Uttar Pradesh.

Slaughterhouses in Maharashtra are now refusing to slaughter buffalo in protest at the ban, cutting off all beef supplies in a bid to put pressure on the government. Hindus do not consider buffalo to be sacred.

Not all BJP-led states are pushing for tighter restrictions on beef. The chief minister of Goa, another BJP-led state, has refused to back the ban, saying that two-fifths of people there eat beef and he respected the rights of minorities.

India has some 300 million cattle, and animals foraging for food are a familiar sight on the rubbish-strewn streets of towns and villages. Their numbers could swell by 200,000 in Maharashtra alone as farmers abandon animals they can't sell, according to the beef trade

Get Rediff News delivered into your Inbox.
Meenakshi Sharma and Rajendra Jadhav
Source:

© Copyright 2020 Reuters Limited. All rights reserved. Republication or redistribution of Reuters content, including by framing or similar means, is expressly prohibited without the prior written consent of Reuters. Reuters shall not be liable for any errors or delays in the content, or for any actions taken in reliance thereon.
Related News: Bharatiya Janata Party, Narendra Modi, Maharashtra, Nitin Tarode, India
SHARE THIS STORY
Print this article 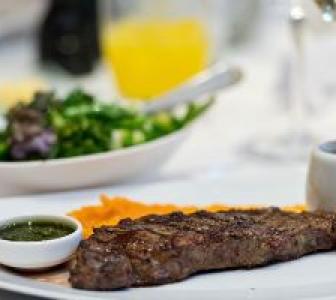 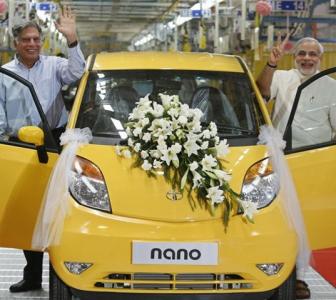 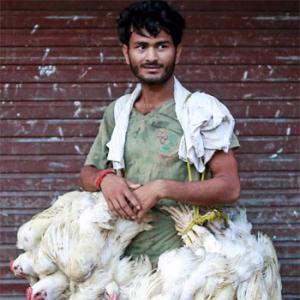 Friction over India's beef trade heats up after attacks