The Asian Development Bank has asked the Economic Relations Division of Bangladesh's finance ministry to submit a formal request for inclusion into the Turkmenistan, Afghanistan, Pakistan and India gas pipeline project by Sunday.

The development is an important opportunity for Bangladesh whose industries and power sector has been suffering for the last five years due to a persistent gas crisis.

The letter, addressed to the Deputy Secretary of the ERD by the Director of Central and West Asia Department of the ADB, read that the TAPI steering committee at a meeting on May 23 discussed Bangladesh's request for inclusion into the TAPI project.

In this meeting the committee mandated ADB, as the secretariat, to inform the Bangladesh government to submit a formal request to Turkmenistan, the seller of gas, for inclusion in the TAPI project, the letter states.

The letter read, "Your [Government of Bangladesh] request should include technical details such as expected gas off-take volume, gas quality, delivery pressure and expected off-take date."

The ADB requested Bangladesh in the letter that the request should be submitted "prior to July 15, 2012". The letter concluded with the hope that TAPI will bring "unprecedented regional cooperation".

Prior to the letter, Bangladesh had expressed interest to join the project to Afghanistan government and also sent a proposal in this regard.

Bangladesh's energy crisis has made it desperate. Earlier, in June, Financial Express in Bangladesh ran an article where they reported that the country has an estimated 16.59 trillion cubic feet of recoverable gas reserves left in its 23 gas fields as of January 2012, while quoting a top energy ministry official.

The official added, "At the current gas consumption rate, it will meet the domestic demand for the next 18 years".

The energy crisis has resulted in the shutdown of most factories in towns and areas outside Dhaka, the capital of Bangladesh.

According to recent data, Petrobangla, the Bangladeshi state-run Oil, Gas and Mineral Resources Corporation, supplies around 2,200 mmcfd gas to the national grid of Bangladesh. There is shortfall of more than 500 mmcfd against the daily demand.

Before the TAPI, Bangladesh initiated talks to import gas from energy-rich Central Asia through pipeline in 2010. Around the same time, the Bangladesh government initiated a process to import liquefied natural gas from the Middle East.

However, it has been assessed recently that the LNG import would cost Bangladesh an arm and a leg, at around $16 a thousand cubic feet (unit) of gas.

The country is presently buying gas at around $3 a unit from international oil companies which are operating the local gas fields.

TAPI would be more feasible for Bangladesh if it is ascertained that the gas imported from Turkmenistan is cheaper than the LNG import from Middle East.

Bangladesh's Energy Division has assigned its Gas Transmission Company Limited to make a preliminary technical assessment of the proposed inclusion of Bangladesh into the project more than a month ago.

The GTCL is going to send the report to the division soon. Recently, an energy ministry official told rediff.com, that in order to connect Bangladesh with TAPI, a pipeline and a number of gas compressor stations would need to be installed, thus involving massive investment.

The official said that they may request the ADB to conduct a feasibility study on the viability of extending the TAPI pipeline from India's Punjab province to Bangladesh.

However, he felt that the TAPI may not be a viable solution for Bangladesh as the pipeline would end near Delhi.

"The distance from Delhi to Dhaka is roughly 2,500 kilometres. Constructing a pipeline of that length, with a diameter of 20 to 36 inches, will be costly for Bangladesh," he said.

The official suggested that it would be convenient for Bangladesh if it imports gas from India, when its demand for gas will subside, soon after the TAPI gas import begins for them.

According to an assessment made in 2008, the infrastructure required for gas pipeline and subsequent transportation from Turkmenistan, through Afghanistan and Pakistan, to India would cost $7.6 billion.

Almost after a decade of negotiations, the four nations of the TAPI signed a gas purchase and sales agreement on May 23.

Under the agreement, Turkmenistan would supply around 3,200 million cubic feet of gas per day. From this around 1,350 mmcfd will go to Pakistan and India while the rest will go to Afghanistan. Turkmenistan will begin to supply gas from 2018 for a 30-year period.
Get Rediff News delivered into your Inbox.
Syed Tashfin Chowdhury in Dhaka
Related News: TAPI, Bangladesh, Asian Development Bank, LNG, Turkmenistan
SHARE THIS STORY
Print this article 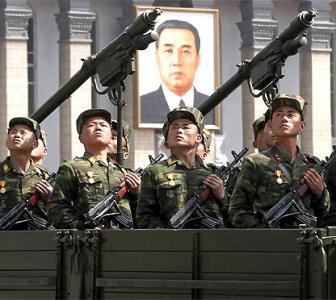 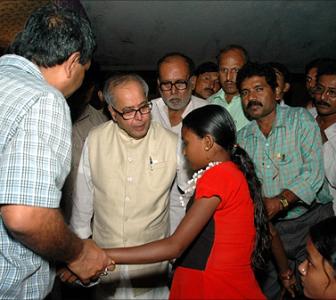 From FM to President: Pranab's successful innings
TAPI pipeline: Not a done deal, yet

The jihadi foot soldiers of Pakistan 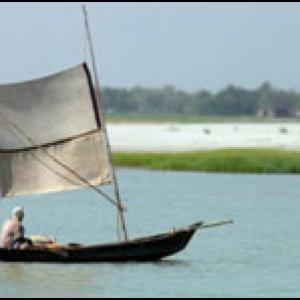