Nissan Magnite is the latest addition to compact SUV segment

It's got the looks, it's got the features, but the Magnite's success will depend on its pricing, says Rajesh Karkera.

It's been a surge of compact SUVs on Indian roads.

The compact SUV segment saw a new entrant on Wednesday, with the launch of the all-new Nissan Magnite. 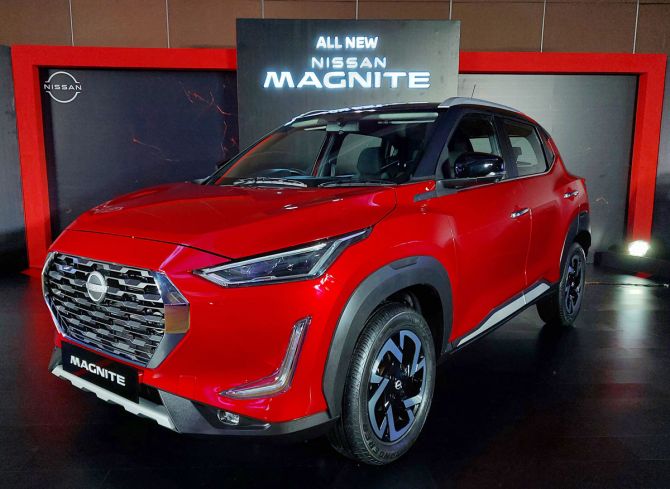 One look at the Nissan Magnite in Flare Garnet Red colour and one cannot miss the bold stance with the massive grille which holds the new Nissan logo in the centre.

Under the logo is where the front camera, part of the car's 360-degree view, is located -- a first for a car in this segment. Nissan calls it the AVM (Around View Mirror) which gives the driver a virtual bird’s eye view from above the vehicle. 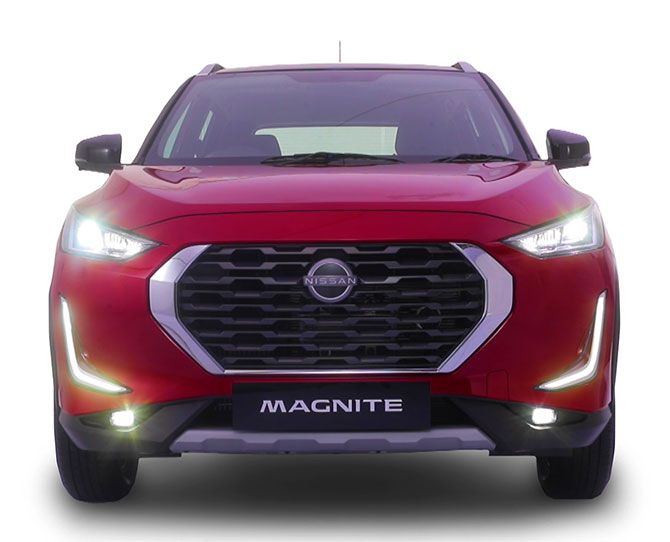 In other words the car is covered with LEDs. 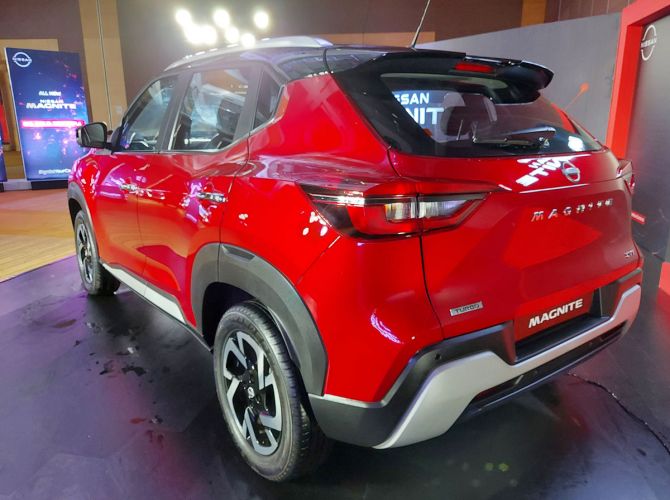 The rear too houses attractive LED taillights, reminding us slightly of the eagle beak-shaped ones on the Triber.

The rear branding too is like all the new cars that we have seen coming.

The 16-inch alloys which on paper are quite big for a car this size appear small when you see them on the Magnite. All because of the thick wheel cladding on the arches. 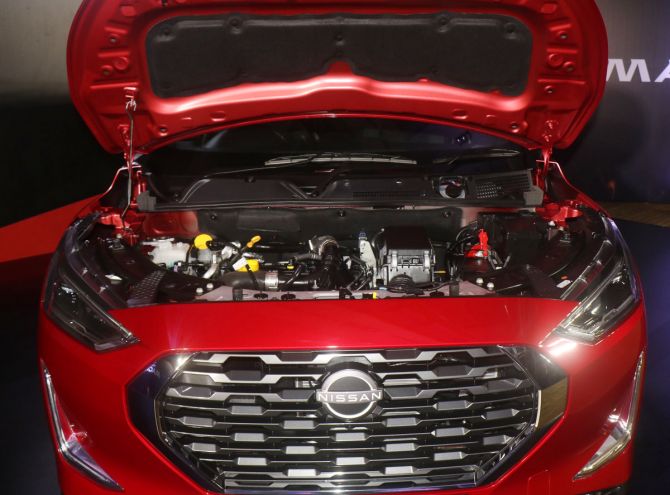 Powered by a 1.0-litre turbo petrol engine, the Nissan Magnite will be available with manual 5 speed and X-TRONIC CVT gearbox.

The tech used in this engine is Nissan's HRA0 1.0-litre turbo engine which adopts the 'mirror bore cylinder coating' technology from world-class sports cars such as the Nissan GT-R that reduces resistance inside the engine. The roomy interiors, although made of hard plastic, don't feel flimsy and cheap. In fact, they feel sturdy and strong. And the airy feeling in the front seats makes you feel like the car is bigger than it actually is.

The hexagonal air vents too, have a sturdy feel when operated.

The MID is a nice 7-inch TFT display which is packed with animated responses and it also has a tyre pressure monitoring system -- check out the video below for a glance at its features. 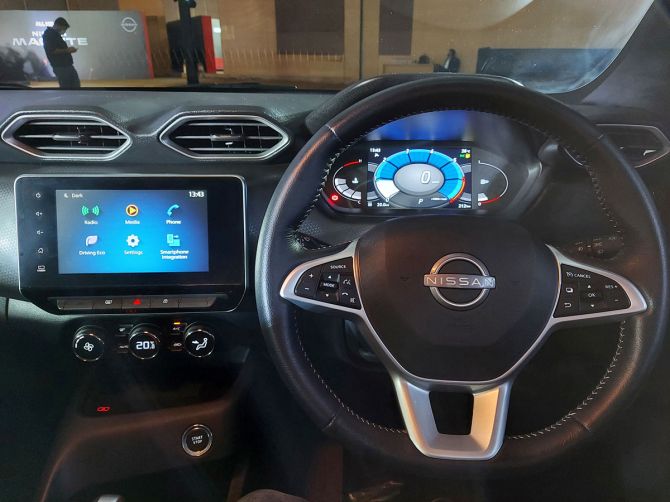 The steering mounted controls are spot-on on ergonomics. Not to miss, is the start-stop button on this top variant here.

And the Nissan Magnite's centre console gives you two mobile holder spaces. One with the optional wireless charging facility which you can add to.

Plus a much needed and important feature, which most compact SUVs miss out on, is the rear Ac vents which are present in the Nissan Magnite. 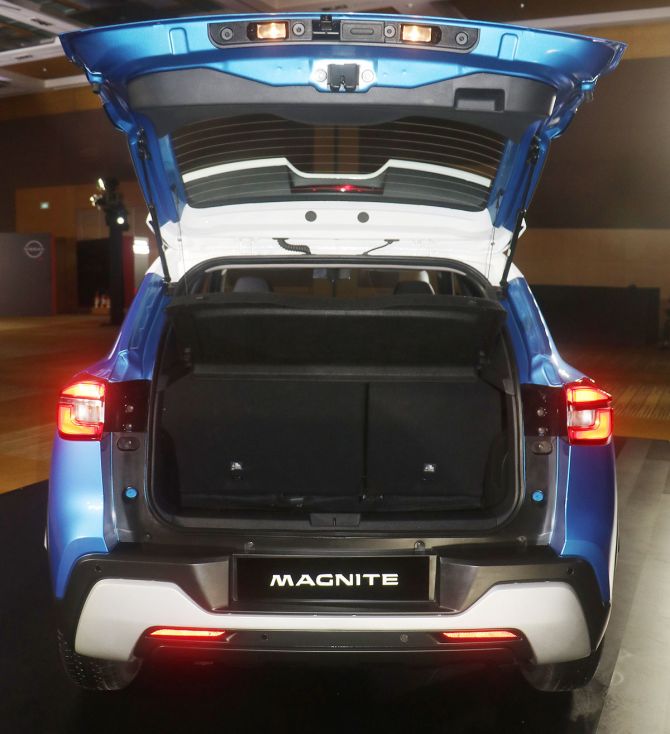 The boot of the all-new Nissan Magnite has practical 336 litre space which can be expanded using its 60:40 foldable rear seats.

And finally the rear seating. 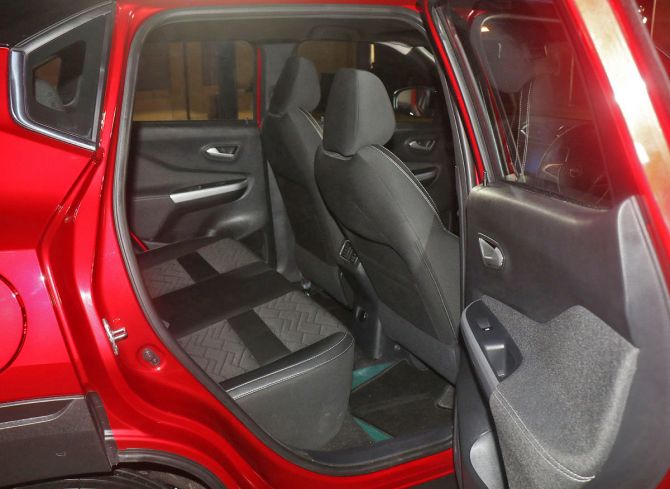 There surely is ample knee room, But rather than a three-seater this space would be perfect for two adults and a child. Preferably two adults on long journeys.

Here's a short video to see what the Nissan Magnite looks like.

What we have here is a practical, good-looking car, which is coming in a segment where there is tremendous competition.

Much of Nissan's future in this segment will depend on the pricing. It's got the looks, it's got the features. Now, if it is priced well, they will hit the jackpot. 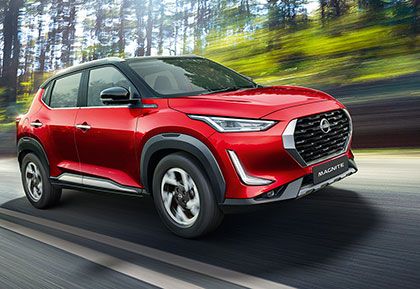 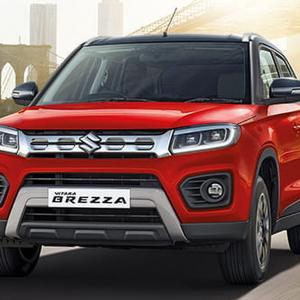 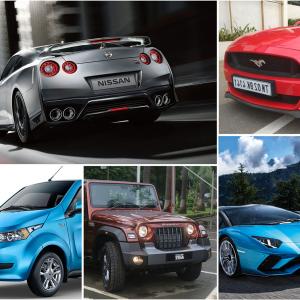