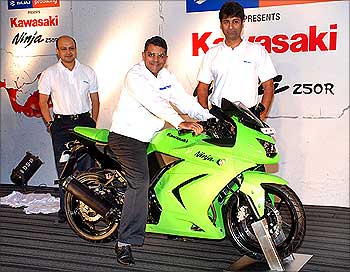 "We conceived Bajaj Probiking four years back with the objective of making it the automatic destination for bike enthusiasts looking for bigger and sportier bikes...the launch of the Kawasaki Ninja 250R is one of many initiatives lined up in realising that objective," Eric Vas, president (new projects), Bajaj Auto Ltd (BAL) said in a statement.

BAL claimed that Ninja 250R is the largest selling 250cc motorcycle in the world and it will assemble the imported completely-knocked-down (CKD) units from its technology partner Kawasaki at the company's Chakan plant.

The company is aiming to sell about 1,000 units in the first 12 months of the launch. "The Kawasaki Ninja 250R will be backed with Probiking service facilities and spare parts availability," it added.

Although it has re-entered the volume-driven 100cc segment recently, BAL's focus has always been executive and premium motorcycles.

The company is present in the 135cc segment with Discover and has its Pulsar range of bikes in 150cc, 180cc and 220cc segments. In June, it unveiled an 'affordable' version of the 220cc Pulsar without fuel injection technology. 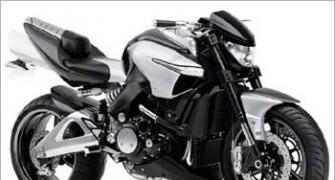 Drink a cola, win a superbike!