Is there no law left in country? Angry SC lets fly at babu, telcos in AGR case

Is there no law left in the country, an "anguished" Supreme Court asked on Friday while directing the top echelons of telecom firms to explain why contempt action should not be taken against them for non-compliance of its order to pay adjusted gross revenue of Rs 1.47 lakh crore to the telecom department. 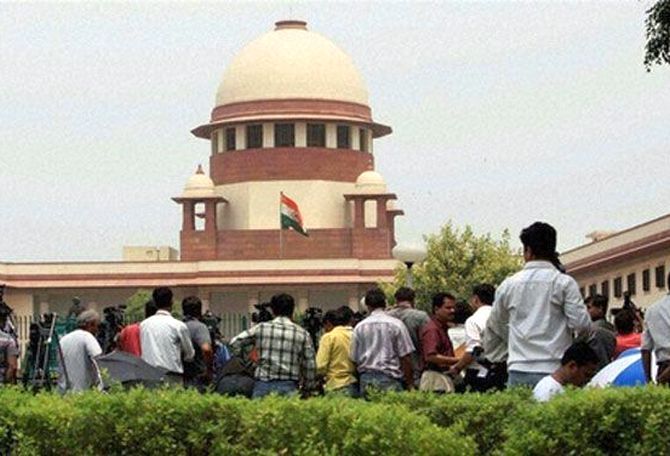 Taking strong note of the non-compliance of its order, the top court expressed displeasure over an order passed by the department of telecom's desk officer staying the effect of its verdict in the adjusted gross revenue (AGR) matter.

It said a desk officer wrote a letter to Attorney General K K Venugopal and other constitutional authorities, saying they should not insist on payment of money by telcom companies and others and to ensure that no coercive action was taken against them.

Hearing pleas filed by Vodafone Idea, Bharti Airtel, and Tata Teleservices seeking more time for payment of AGR related dues, the apex court expressed serious displeasure as to how a desk officer can pass such an order which stays the effect of the apex court's judgment.

Justice Arun Mishra, who was heading the bench, said, "We don't know who is creating this nonsense. Who is generating all this? Is there no law left in the country? I am literally anguished. I feel I should not work in this court and in this system. I am very anguished. I am saying this with full sense of responsibility."

"I don't get angry like this, but I am totally lost how to work in this system and this country," he said.

"As the solicitor general of the country, have you asked him (desk officer) to withdraw this? This cannot be tolerated. We cannot function in this fashion. Let us wind up the Supreme Court if your desk officer has this audacity. News reports are being published. Who is sponsoring all this?" the bench asked.

"I never bother about myself. You don't understand me, not even an inch. Your desk officer is staying the Supreme Court order. Is he sitting over the Supreme Court? How?" Justice Mishra said, adding it was "better not to live in this country, rather leave it".

"We have to draw contempt against this man (desk officer) and also against these companies. How are they behaving? We had dismissed the review plea and not even a single penny has been deposited yet. The desk officer is staying our order. We are concerned with the health of judiciary, of this country and of this system," the bench said.

Mehta requested the bench to defer the matter and said action should not be taken right now and they would file an explanation about the desk officer.

"What kind of applications are being filed? What kind of mentioning is being made? If you want to avoid us, you do it and we will recuse," the bench said.

It observed that the companies have violated its order in substance and this shows that they have scant respect for the order of the Supreme Court.

Referring to the desk officer's letter to the attorney general, the apex court bench said, "This is nothing but a device to oblige the companies. This kind of order could not have been passed by a desk officer."

The bench directed the managing directors and directors of the all the telcos and companies concerned to appear before it on next date of hearing on March 17 and explain why they have not deposited the money and why coercive action should not be taken against them.

The apex court also asked the desk officer of DoT to explain why appropriate action should not be taken against him for his act. It said the officers in the country must know where to stop.

The telecom companies want to negotiate a fresh payment schedule with the department of telecommunications, which has issued demand notices to them.

On January 16, a bench headed by Justice Arun Mishra had dismissed review petitions of telecom firms seeking review of its earlier order asking them to pay Rs 1.47 lakh crore in statutory dues by January 23, saying it did not find any "justifiable reason" to entertain them.

The apex court had on October 24 last year ruled that the statutory dues need to be calculated by including non-telecom revenues in AGR of telcos. It had upheld the AGR definition formulated by the DoT and termed "frivolous" the nature of objections raised by the telecom service providers. 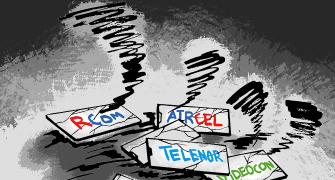 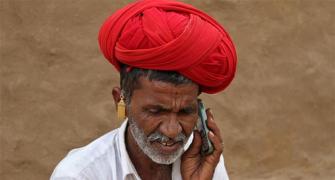