Underlining that years of economic stagnation have given way to a "roaring geyser of opportunity", Trump said, "I knew that if we unleashed the potential of our people, cut taxes, slashed regulation, fixed broken trade deals and fully tapped American energy that prosperity would come thundering back ... and that is exactly what happened." The US is in the midst of an economic boom never seen before anywhere in the world and the American dream is back, President  Donald Trump said on Tuesday as he asserted that radical socialism will never be allowed to destroy the country's economy.

Speaking at the World Economic Forum (WEF) annual meet in Davos, whose theme is 'Stakeholders for a Cohesive and Sustainable World', Trump said it is time for optimism and not pessimism.

"Today I'm pleased to announce (that) the US will join the one trillion trees initiative being launched here at the World Economic Forum," Trump said to applause from the audience.

At the start of his special address, Trump, who is facing impeachment trial back home, said he is proud to declare that the US is in the midst of an economic boom the like of which has never been seen before.

Underlining that years of economic stagnation have given way to a "roaring geyser of opportunity", the President said, "I knew that if we unleashed the potential of our people, cut taxes, slashed regulation, fixed broken trade deals and fully tapped American energy that prosperity would come thundering back ... and that is exactly what happened."

The American dream is back and it is better than ever, Trump said, adding that since he last addressed Davos two years ago, the US has enjoyed the "great American comeback" that he had predicted.

According to him, 11 million jobs have been created by America since his election and average unemployment rate is the lowest for the tenure of any US President in history.

Amid simmering trade tensions between the US and China, Trump said the relationship with China has never been better.

"We went through a rough patch, but things are good now," he remarked.

The first phase of the trade deal between the two economic majors was signed recently, which has helped in reducing trade tensions which have been a major concern for the global economy.

Trump added that he shares a great relationship with Chinese President Xi Jinping.

"My relationship with Xi is extraordinary. He's for China, I'm for the US but other than that, we love each other," the American president said.

The second phase of negotiations for the US-China trade deal would begin soon and the administration is focussing on trade, which was neglected by his predecessors, Trump noted.

The US President also said that “to embrace the possibilities of tomorrow, we must reject the perennial prophets of doom and their predictions of the apocalypse.”

"They are the heirs of yesterday's foolish fortune tellers... They want to see us do badly, but we don't let that happen.

“They predicted an overpopulation crisis in the 1960s, mass starvation in the 70s, and an end of oil in the 80s.

“They always want to dominate, transform and control every aspect of our lives.

"We will never let radical socialism destroy our economy and wreck our country or eradicate our liberty," he said.

While many leaders in Davos are talking about the need to end the use of fossil fuels, Trump said it was good news for all that the US was now "the number-one producer of natural gas, by far".

"While many European countries struggle with crippling energy costs, the American energy revolution is saving American families $2,500 every year," he said, adding that the US no longer needs to import energy from hostile nations.

"With an abundance of American natural gas now available, our European allies now no longer have to be vulnerable to unfriendly energy suppliers either.

“We urge our friends in Europe use America's vast supply and achieve true energy security," he noted.

Barun Jha in Davos
Source: PTI  -  Edited By: Nandita Mallik© Copyright 2021 PTI. All rights reserved. Republication or redistribution of PTI content, including by framing or similar means, is expressly prohibited without the prior written consent.
Related News: Donald Trump, Davos, American, US, China
Print this article 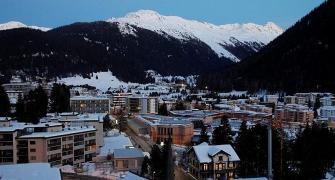 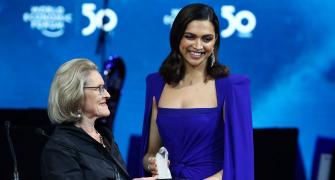 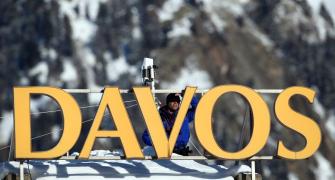