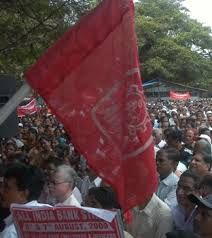 The proposed two-day all-India strike by bank employees from January 20 was on Friday postponed after ‘positive’ crucial bilateral talks between managements and unions on wage revision and other demands, a top office-bearer of United Forum of Bank Unions said.

The conciliation talks between UFBU and Indian Banks Association held in Mumbai moved a step ahead positively after the IBA offered a 9.5 per cent hike on pay slip cost and hold another round of talks on January 27, UFBU national Convenor M V Murali told PTI in Tirupati over phone.

"We have been insisting on a 32 per cent hike in wage revision, pending for the last 14

months. Reacting to our demand earlier last month, IBA came up with an offer of five per cent hike which we turned down.

“Now the IBA in the conciliation meeting on Friday made a move forward with an increased offer of 9.5 per cent hike," he said.

Murali said the PSU Banks had netted a profit of about Rs 46,000 crore (Rs 460 billion) during the last fiscal even after providing about Rs. 65,000 crore (Rs 650 billion) towards writing off bad loans and provisioning for NPAs.

The offer of only Rs 1,500 crore or Rs 15 billion (5 per cent) for wage revision of 10 lakh (1 million) employees for next five years was too meager to accept, he added.
Source: PTI© Copyright 2020 PTI. All rights reserved. Republication or redistribution of PTI content, including by framing or similar means, is expressly prohibited without the prior written consent.
Related News: Indian Banks Association, United Forum of Bank Unions, PSU Banks, Murali, PTI
SHARE THIS STORY
Print this article 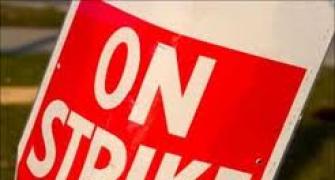 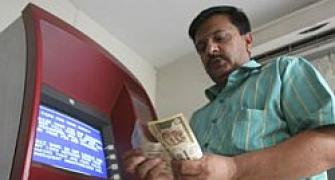 Team India touch down in New Zealand for ODI series 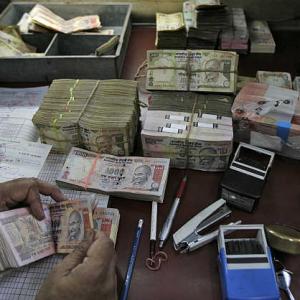 28 oldest banks in the world