The US Trade and Development Agency is bullish on the exponential growth of the aviation sector in India, despite the global economic downturn.

Acting Director of the Agency, Leocadia I Zak, noted that "this summit follows on the heels of a very important visit by Prime Minister Manmohan Singh to Washington," during which both Dr Singh and President Obama had "emphasized the importance of economic cooperation between our peoples not only as a means to speed economic recovery but also, in Prime Minister Singh's words, to promote 'a deeper and better understanding between our countries.'

"Perhaps one of the best examples of economic cooperation and also people-to-people cooperation is the US-India Aviation Cooperation Program that was launched at the First Summit in 2007," she said, and explained that it "provides a forum for dialogue and a mechanism by which the members can highlight specific areas of bilateral technical cooperation, including appropriate training programs and technical activities."

Zak said that the ACP's programs had begun in early 2008 with an innovative Air Traffic Management training program funded by USTDA "that focused on improved high-density air traffic operations at several Indian airports. The program was year-long and featured both Indian and US exercises."

She recalled that in mid-2008, USTDA had "sponsored a technical trade mission to the United States focused on planning and certifying India's signature GAGAN satellite system," and added, "I'm pleased to note that our support contributed to India's award this past summer of a large contract to a US-led consortium to help implement this advanced system."

Zak said that "other mutually beneficial technical cooperation activities have been carried out since the ACP was established, and ACP membership has continued to grow from the seven founding US member companies in 2007, and today, the ACP has 29 member companies - large and small - representing all aspects of the aviation industry."

"Perhaps this increasing interest in the ACP and India's civil aviation is no surprise given the impressive growth trends in the Indian economy," she said, and pointed out that "despite the global economic downturn, India's economy has continued to show growth as has its civil aviation sector."

Zak said, besides other details, she was particularly "impressed by some of the basic statistics regarding India's civil aviation growth: annual passenger and commercial flights grew 8 to 12 percent over the past several years; new international airports were inaugurated and there are plans for new domestic and regional airports; air cargo volumes increased; and helicopter operations grew."

"Given the impressive aviation statistics and star quality participation, no wonder we have such an outstanding turnout for the summit," she said.

Zak made special mention of India's Civil Aviation Secretary Madhavan Nambiar, who was leading the Indian delegation, that also comprised the Director General of Civil Aviation, Dr Nasim Zaidi and Chairman, Airports Authority, VP Agrawal, saying that "Mr Secretary, your leadership at the Ministry of Civil Aviation has been instrumental to the success of the ongoing India-US partnership in aviation."

She also welcomed the Administrator of the Federal Aviation Administration, Randy Babbitt, and noted that the FAA and the USTDA "have partnered around the world and we are particularly pleased with our partnership with India."

The three-day summit, specifically organised to promote advanced US technical approaches and collaboration in India's burgeoning aviation market, was permeated by dialogues on key issues related to air traffic management and control, aviation security and airspace utilization throughout India.

Babbitt said that "this is a wonderful opportunity for the FAA and the United States to continue the open dialogue that we have established with our partners in India."

"We have a lot of ambitious goals - we have very willing partners - and it's a wonderful relationship based on the mutual respect that we've developed for each other over the years," he said.

Babbitt acknowledged that "we have a lot of challenging issues before us, a lot of very complex technology to deploy, and with our mutual work together and assistance, I think we are going to achieve some pretty fantastic advances in aviation."

Indian Ambassador Meera Shankar, speaking later at the Aviation Summit dinner held in the Smithsonian National Air & Space Museum, at the outset lauded the government-private partnership, "which the aviation summit represents," and said that "both in the birth of the summit as well as its extraordinary success, the driving force has been the soaring energy of this sector, supplemented by the energy of the US and Indian aviation companies keen to exploit the tremendous potential."

She recalled that "it was the India-US Open Skies agreement signed in 2005 that unlocked the door to a new era in Indo-US aviation partnership. Over the last four years, this has emerged as the fastest growing area of Indo-US economic and high technology engagement."

"US civil aviation exports to India in 2008 were $2.6 billion, almost 60 percent of the total Indian high technology imports from the US during the year. Aircraft and aerospace products have emerged as the fastest growing component of US exports to India," she said.

Shankar said that "as India continues with the expansion and the modernization of its civil and military aviation capabilities, we need technology, equipment, and human resource support. The United States is a preferred partner in all these areas."

She pointed out that "today, India is the 9th largest aviation market in the world and the Indian civil aviation market grew at a compound annual growth rate of 18 percent in 2007-2008."

Shankar said that "though it has faced a temporary setback with the global economic downturn last year, it is expected to regain the momentum in the coming months with the Indian economy showing strong signs of recovery.

In the last quarter, our GDP grew by 7.9 percent, surprising even the most optimistic economic analysts, and we are optimistic that we will be able to return to a high growth path of 8-10 percent and this will, naturally, reflect on the expansion in the aviation sector."

The envoy said that "simplification and liberalisation of the web of export controls would be important to build a more facilitative framework for expanding our cooperation. While American technology and equipment is undoubtedly among the best in the world, there are other suppliers."

But, she said that "given the mutual trust and confidence that characterizes the India-US relationship today, it should not be more difficult for us to import different types of aviation technology and products from the United States than from these competing sources."

Shankar said that "the most exciting thing about the fast expanding bilateral cooperation in the aviation sector is its multiplier effect on the whole growth process," and predicted, "It will lead to a rapid and significant enhancement of India's transport infrastructure, by connecting India to other parts of the world and also internally. Thus, it will act as a catalyst to exponential growth in tourism and trade - domestically and internationally."

"If we look at the other half of the partnership, that is the United States," she said, "every aircraft that we import from here creates 10,000 jobs across 50 states of this country.

The joint ventures between US and Indian companies in this area, for example, the recent partnership between the Tata Advanced Systems and US-based Sikorsky Aircraft, a subsidiary of United Technologies Corporation to make aerospace components in India, serve to strengthen the global supply chain of the US company, enhancing its competitiveness."

Shankar said, "The early signing of a Bilateral Aviation Safety Agreement would hasten the process whereby Indian products certified by our Directorate General of Civil Aviation could be sold in the United States and other parts of the world." 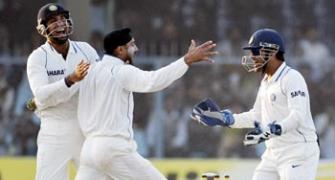 Team India No 1, say congrats!
ACP among four held in stamp scam
'India, US behind terror attacks in Pakistan'

Crisis in the skies: Complete coverage