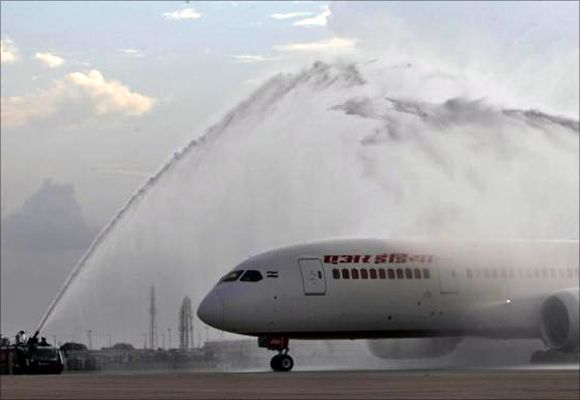 Air India's financial and operational performance as part of its turnaround process came up for a review at the airline's Board meeting in New Delhi.

The management made a presentation before the new Board on the progress made on its turnaround and financial restructuring plan, they said. This was the first meeting attended by the new members.

The intent was to use their expertise in achieving the targets set under the turnaround and financial restructuring plan for the flag carrier.

Besides the part-time directors, the board has seven functional directors, including Chairman and Managing Director Rohit Nandan and two representatives from the Civil Aviation Ministry.