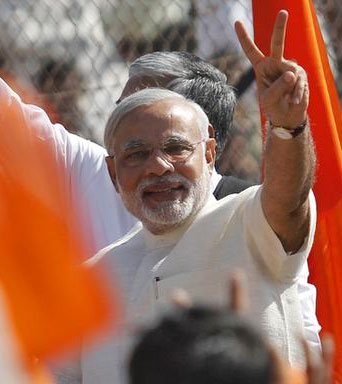 The app, often referred to as ‘NM on the go’, has already been downloaded 2.5 million times. While the PM’s official app was launched in June 2015, it was Apple CEO Tim Cook who brought it alive two months ago. Cook launched the upgraded version of the app in June 2016 during his India visit.

The PM wants his app to connect with people in the remotest places of the country. It is being seen as a powerful tool of direct communication, ahead of several state elections next year and then the Lok Sabha polls in 2019, an official pointed out.

50 mn: The projected user base of the app

Modi is looking at a growth of at least 20 times in the use of his app, translating to a user base of at least 50 million in the months to come, sources have indicated.

The number might still be far from blockbuster games such as Pokémon GO, Angry Birds, Talking Tom and Candy Crush, but the PM’s app could catch up with many others.

A look at Google’s Play Store shows the number of downloads for some of the popular apps. Among the free apps, the Indian Railways train status app has seen an estimated five million downloads and the number is the same for IRCTC as well as SBI Anywhere.

Some others who are clocking big numbers are Reliance Jio Digital at five million downloads, MakeMyTrip at 10 million and Ola at 10 million.

It is rare to find political leaders with their own official apps, though there are hundreds of them on and around heads of states. For instance, there have been apps for Barack Obama’s election campaigns and also those of the White House.

All About Obama, Obama Countdown, Obama’s Fund Run, Dance Man Obama, Wrath of Obama and even Modi With Obama Ripple are some of the mobile applications on the US President.

Besides the official app of PM Modi, there are hundreds others on him including Modi 3D Run, Selfie With Modiji, Modi Jacket Photo Suit, Modi versus Kejriwal, Flying Modi, etc.

According to a source, the PM is serious about his app being put to effective use. In the ‘My Network’ section of the app, Modi’s ministers are busy posting achievements of the government and interacting with the masses almost on a 24x7 basis.

That is the forum where the PM is keeping tabs on the work and accessibility of his Cabinet colleagues too, on issues ranging from infrastructure to housing, health to sports.

The PM is also part of some of the groups of ministers focused on specific issues. Clubbed with the other online interfaces such as MyGov.in and Twitter, the PM is looking at a 360-degree outreach programme, an official said.

While the PM took up India’s performance at the Rio Olympics in his Mann Ki Baat broadcast on Sunday based on inputs received from people on the app, the MyGov.in and PMO portals are encouraging citizens to work for the government.

“Do you want to work for the government and why?” is a question plastered on the walls of websites where the PM interacts with the masses.

A source in the government said at 2.5 million downloads, PM Modi’s app is the most used app of any political leader in the world. He added that an average user spends around 20 minutes on the app.

Data show that around 11,000 ideas and suggestions were received on the app for the PM’s Independence Day speech and 7,000 for this month’s Mann Ki Baat.

Among the free apps, the Indian Railways train status app has seen an estimated five million downloads and the number is the same for IRCTC as well as SBI Anywhere.