Around 2,000 workers, including 730 trainees, at Nokia India's mobile handset plant in Sriperumbudur near Chennai had accepted the company’s voluntary retirement scheme, sources said.

The trainees opted for the scheme in the first few days and 1,000 of the factory’s  5,500 workers joined them later, the sources said and added this number could rise to 1,500.

"All we can share is the VRS package is being offered till May 14," a Nokia spokesperson told Business Standard.

Nokia offered a golden handshake on April 15 after disputes with the income tax and Tamil Nadu sales tax departments.

The Union leader did not respond to a communication seeking the Union's comment on this. As reported earlier, the Union has been opposing the VRS from the time it was announced.

The Union has been trying to get the State government's interference into the issue, seeking the Chief Minister J Jayalalithaa to take initiatives to save their job.

The Union has sent a letter in the beginning of this week to Jayalalithaa, seeking the Tamil Nadu Government should interfere in the matter immediately and should instruct the company to withdraw the ongoing VRS.

In the letter, they asked the state government to direct the company to bring the manufacturing jobs which were shifted from Chennai to the company's plants in other countries.

If this is not possible, the company should transfer the facility to Microsoft. It said that if these issues are not addressed, it would lead to social tension, they added. They also pointed out that in the last eight years, Tami Nadu government has been giving several incentives to the company.

The Union has also met the other officials in the Industries Department and the Labour Department earlier, though no major measures has been taken by the authorities to prevent the job loss so far.

The Union has earlier said that the facility, which is Nokia's 10th facility in the world and the total employment here were around 7,000, including 5,200 workers who are directly employed and another 750  people through contract system.

The workers have been demanding the central and state governments and the Nokia India management that their job should be protected and they should be transferred to Microsoft along with the facility.

According to the union, there are 20,000 indirect employees working for the manufacturing facility.

The Chennai facility was kept out of the deal with Microsoft, since it was freezed by the Income tax department, that has slashed a Rs 21,000 crore (Rs 210 billion)  tax notice on Nokia.

The Department refused to allow transfer of the plant till the dues claimed by the department are not remitted by the company.

The Madras High Court has issued an order asking the company to pay 10 per cent of the amount in tax notice and directed the tax department to consider the matter hearing the company.

However, the company has of late announced that it is approaching the division bench "to overturn the deposit recommendation." 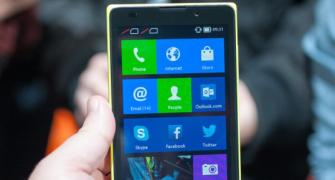 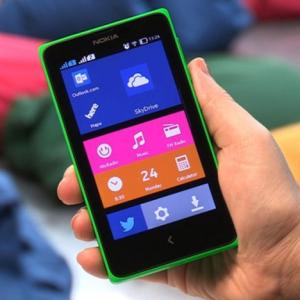 Nokia X: Better than Android phones in its price band