News
Business
Movies
Sports
Cricket
Get Ahead
Money Tips
Shopping
Sign in  |  Create a Rediffmail account
Rediff.com  » Business » 10 iPhone 7 features that will blow you away 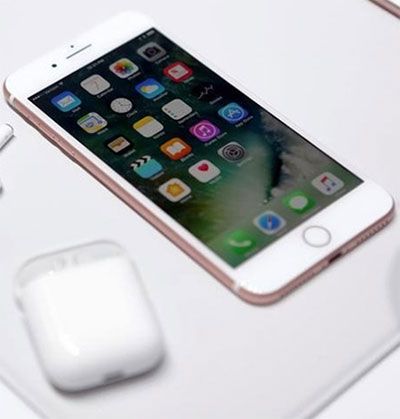 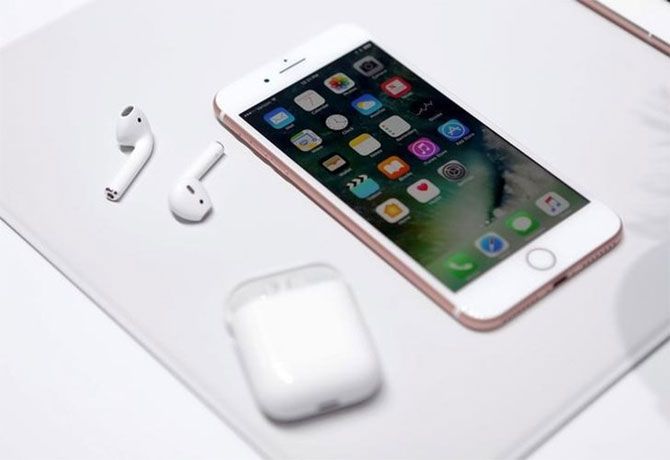 "It is the best, most advanced iPhone ever, packed with unique innovations that improve all the ways iPhone is used every day," said Apple CEO Tim Cook while launching the iPhone 7 and iPhone 7 Plus in San Francisco on Wednesday.

Even though the iPhone 7 is seen as a successful launch and a major step forward in the device's evolution, some consumers and analysts are considering waiting until 2017 for the iPhone 8 to be launched, when Apple will celebrate the iPhone's 10th anniversary.

Regardless, here are 10 things about the iPhone 7 that make it an object of desire:

1.
The iPhone 7 lost a headphone jack but gained new wireless AirPods. The ear pods that are part of the instrument's standard package will work over Apple's Lightning standard, and the port for the earphones will be history. Is it a good thing? While the jury is out on that one, it needs to be borne in mind that Apple has never shied away from breaking from the pack and setting a new standard. So this is one such. And what about the millions with the old ear pods that need a port? No worry, the ever-considerate Apple will include an adaptor in the package.
2.
The 7 Plus gets dual 12MP cameras -- the two lenses have different focal lengths, allowing you to zoom in without losing image quality. The zoom quality is of professional standards, up to 10x. Another professional feature, depth of field effect, will get you separate foreground and background, and will come soon via a software update. So is the DSLR dead?
3.
One of the iPhone's most constant, iconic features is gone: the clicky physical Home button at the bottom of the phone. In the iPhone 7, will still have it, but it&rsquo;s no longer mechanical. Apple has redesigned the iconic home button for the iPhone 7, making it force sensitive like the Force Touch trackpads used in recent MacBook laptops. The phone has also gained the Taptic Engine haptic feedback system from the Apple Watch, which provides different vibration feedback for various alerts.
4.
The new devices have the new Apple A10Fusion chip (a 64-bit, quad core), increased RAM and faster GPU. All of which should give you better performance and faster processing speed, all the while balancing it with optimal use of battery. Talking of which, both the new variants will have longer-lasting batteries compared to the 6 and 6s.
5.
Both the new iPhones will be available in 32GB, 128GB and, for the first time in an iPhone, a 256GB variant.
6.
There's also two new colours -- a glossy, Jet Black, and a matte black simply called black! This brings the total number of colours to 5 -- the others being gold, silver and rose gold.
7.
The phone is resistant to water and dust, which means you can get the iPhone 7 or the larger iPhone 7 Plus wet without worry. This is a first for the iPhone, and obviously flows from the newly announced iWatch's swim proof technology.
8.
New stereo speakers in the iPhone 7 (at the top and bottom) will offer sound that is two times louder than iPhone 6s. The new iPhone comes with EarPods with a Lightning connector to deliver "incredible sound, as well as a 3.5 mm headphone jack adapter that allows customers to use old headphones and accessories."
9.
For the first time Apple has unveiled introduced a ceramic model -- for the iWatch2, which material, it was pointed out, was twice as strong as steel. But what about the new iPhone? Always an object of beauty, the iPhone 7 will have an aluminium frame, and the body is crafted to contain as few parts as possible. Even the camera has been shaped into the aluminium body, and the antenna goes right inside it. A sheet of glass protects the front, giving a mirror-like feel to the phone, but here's the important question. Will it scratch?
10.
The biggest surprise, however, was the debut of a three-decade-old Nintendo game franchise, Super Mario Bros, on the smartphone. Also making its debut is the runaway hit, Pokemon Go., but on the iWatch2 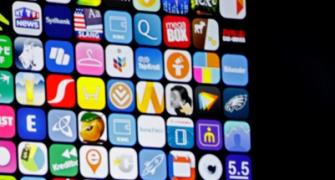 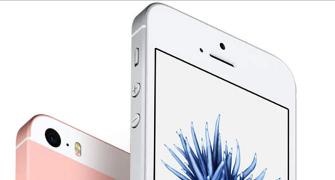 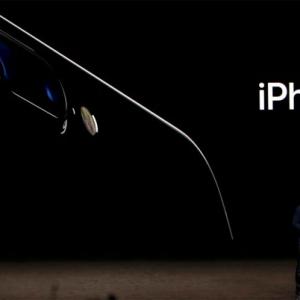 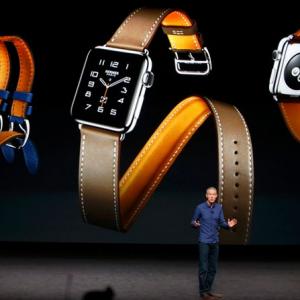