In an interview last year, Marie Diron -- Moody's senior vice-president for the sovereign risk group -- had said 'Pressure is building up for a rating upgrade. It could happen in a couple of years provided reform momentum continues and there is effective implementation.' So what has changed over the past year?

The rating upgrade reflects our expectation that continued progress on economic and institutional reforms will enhance India's high growth potential and its large and stable financing base for government debt, and will likely contribute to a gradual decline in the general government debt burden over the medium term.

Recent reforms also offer greater confidence that the high level of public debt, which is India's principal credit weakness, will remain stable, even in the event of shocks, and will ultimately decline gradually.

Over the past year, two decisions -- demonetisation and the GST rollout -- are said to have severely disrupted economic activity.
Some economists say both these shocks disrupted supply chains and caused damage to the SME sector.
What are your views?
How do you see the economy dealing with these shocks?
Do you expect growth to pick up in the coming years?

In the longer term, India's growth potential is significantly higher than most other Baa-rated sovereigns.

The range of reforms aimed at improving the business environment, increasing formalisation of the economy or anchoring stable inflation all contribute to further enhancing the economy's capacity to absorb shocks.

In the near term, we have revised our GDP growth forecast down to take into account the immediate impact of demonetisation and disruptions related to GST implementation.

We forecast real GDP growth to moderate to 6.7 per cent in the year ending March 2018.

However, as disruption fades, we expect to see a rebound in real GDP growth to 7.5 per cent in the next fiscal year.

On the bank recapitalisation programme, many analysts expect it to push up central government debt in the coming years. Moody's expects India's debt-to-GDP ratio to rise to 69 per cent. So doesn't this indicate a worsening of the central government's debt dynamics?

The recapitalisation of public sector banks announced recently should enable them to move forward with the resolution of NPLs (non-performing loans) through comprehensive write-downs of impaired loans and increase lending gradually.

This represents a step forward in addressing a key weakness in India's credit profile.

Over the medium term, if met by rising demand for investment and loans, the measures will help foster more robust growth, in turn supporting fiscal consolidation. 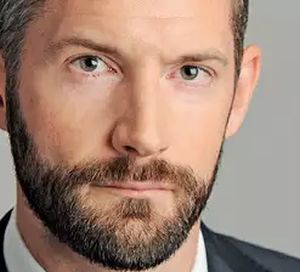 The recapitalisation will also contribute to higher debt in the short term.

At just under 70 per cent of GDP, general government debt is higher than for many other Baa-rated sovereigns.

We expect government debt to remain broadly stable over the next couple of years, before starting to decline gradually with a broadening of the tax base and more efficient spending.

Importantly, we think that the debt burden will remain relatively stable even in the event of shocks, in part due to a large financing base.

Also, state government debt is expected to rise owing to the announced farm loan waivers. Wont this further exacerbate the debt situation for the government in general?

Deficit reduction at the central government level has been supportive of India's credit profile.

However, a recent widening of Indian state deficits has more than offset the narrowing of the central government deficit.

State government deficits have risen steadily to about 3 per cent of GDP from around 2 per cent in fiscal 2012.

Wider deficits have led to an increase in state bond issuance (state development loans, or SDLs) and interest payments.

Meanwhile, salary increases for state employees could add to pressure on expenditure.

Such loan waivers also risk setting expectations of future loan forbearance, which could relax borrowers' attitudes toward repayment and further undermine asset quality in the banking system, another constraint on India's credit profile.

However, the states are limited in how much they can spend, because the central government caps their ability to borrow beyond budget deficits of 3 per cent of GDP.

Moving forward, this rule should serve to constrain state expenditure and limit the extent of state fiscal slippage.

On the fiscal framework, you mention that efforts to improve transparency and accountability, including through adoption of a new Fiscal Responsibility and Budget Management Act, are expected to enhance India's fiscal policy framework and strengthen policy credibility.
But the finance minister has recently hinted on minor deviation from the glided path.
What are your views?

We forecast the general government budget deficit at 6.5 per cent of GDP this fiscal year, similar to the last two fiscal years.

Lower government revenues than planned in the Budget and somewhat higher government spending could lead to a deficit somewhat wider than targeted.

However, we think that the government's commitment to fiscal consolidation remains.

Over time, measures aimed at broadening the tax base and improving the efficiency of government spending will contribute to a gradual narrowing of the deficit.

Together with robust and sustained nominal GDP growth, this would be conducive to a gradual decline in the government debt burden.

You argue that 'measures which increase the degree of formality in the economy, broaden the tax base (as with the GST).' But some state finance ministers are concerned that revenues have dipped under GST.

GST is likely to contribute to stronger revenues for the government over time in two main ways.

This will contribute to stronger incomes and profits and tax revenues for the government.

Second, GST will encourage tax compliance and thereby broaden the government's tax base.

These effects will take time to materialise, after some implementation challenges are overcome.

Do you think the NPA problem will now be resolved after the bank recapitalisation programme?

The recapitalisation of public sector banks announced recently should enable them to move forward with the resolution of NPLs through comprehensive write-downs of impaired loans and increase lending gradually.

This represents a step forward in addressing a key weakness in India's credit profile.

Over the medium term, if met by rising demand for investment and loans, the measures will help foster more robust growth, in turn supporting fiscal consolidation.

Do you expect the private investment cycle to revive in the coming year?

Private sector investment has been weak, likely hampered by high corporate debt in investment-intensive sectors and ongoing challenges in the business environment and infrastructure gaps.

Most of these measures will take time for their impact to be seen.

What are the reforms you expect the government to focus on in the coming years?

The government has a vast reform agenda, with some measures already implemented, some at the design stage and some likely more remote.

The range of measures include steps towards improving the business climate, fostering foreign investment, encouraging greater formalisation of the economy and establishing a credible and effective monetary policy framework.

Other important measures which have yet to reach fruition include planned land and labour market reforms, which rely to a great extent on cooperation with and among states.