How Walt Disney plans to strike it big in India 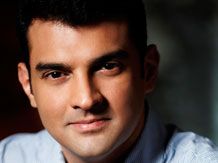 He is the man of the moment as Siddharth Roy Kapur takes charge as managing director of the Walt Disney Company India from January 1.

Having joined UTV in 2005, he has handled roles across revenue, marketing, creative and syndication functions.

He was the MD of Disney UTV’s motion pictures business previously.

The studio has raked in close to Rs 570 crore (Rs 5.7 billion) at the box office this year with blockbusters like Yeh Jawaani Hai Deewani and Chennai Express.

He tells Business Standard what it takes to produce successful movies. Edited excerpts:

What is the business model Disney UTV Studios follows?

It has been a really great year overall. It has been one of those years once again where we have tried to mix up films that make for blockbuster tentpole cinema with independent work from new directors with new talent in it.

From a Chennai Express and a Yeh Jawaani Hai Deewani to a Kai Po Che, ABCD, Ship of Theseus, Shahid and The Lunchbox.

Each of these have been accepted so warmly. It has been a watershed year.

We have always followed a model of focusing first on the creative credentials of the project and then finding a commercial framework that suits us.

Our model is that of a fully integrated studio from creative development all the way to distribution.

What is the most important aspect you look at before green-lighting a project?

I think the first thing is that it has to be entertaining.

When I say entertaining, it doesn’t mean masala entertainment.

It’s got to be engaging.

Then it boils down to the cast and crew associated with the movie, the sort of budgets we are looking etc.

But if you ask me the first thing we look at, I think it would be the entertainment and the engagement quotient of the film.

Even for the indie movies, we look at the content first.

For instance, Shahid was a movie where you wanted to know what happened with this person, what life he led, the experiences that he went through for it tells you so much about the society in a manner that doesnt really let you take your eyes off the screen.

So, that really, for us, is entertainment.

We rarely react to just a concept and make a film.

What steps does Disney UTV take to ensure returns on investment?

Actually speaking, there are lots of opportunities to do so.

For a movie that does not have a big actor or director associated with it, it is a bit difficult to de-risk in advance.

In case of a big film, you can pre-sell your satellite rights, theatrical rights and overseas rights, and you could be in a place before the release of the film where you are not dependent on the fate of the film at the box office.

In case of a small film, that is a risk you take, going with the courage of your conviction and then you sink or swim with that.

The average lifetime of a movie in theatres has reduced?

The scale of the release of movies these days has reduced the overall lifetime of a movie (at the box office).

Because of wide releases and the growth of social media for instant feedback, all the hype that a producer creates will only last till, like I said, sometimes, Saturday.

If it clicks, then it will do well, but if the social media and television feedback is negative, then the movie may not even survive the weekend as has happened with a couple of big movies this year.

Do you think the co-production model is here to stay?

We follow a model where at the crux of it, we want to make great movies.

It could be through solo production, through acquisition or through co-production.

Many a times a co-production happens between a studio that is going to fund the film, market and distribute it and maybe a production house that will actually produce the film.

When you are doing a co-production with an actor, it means that there is a certain fee and there is a backend on the film.

Once we want to make a film, we fund it ourselves.