'If the government had not spent an incredible amount of energy on demonetisation it may -- may, because it had not done anything the previous six months either -- have been able to pay attention to the deeper problems of low investment and job creation.'

Dr C Rammanohar Reddy, the economist who edited the Economic and Political Weekly for 12 years, is the author of the widely acclaimed book, Demonetisation and Black Money. 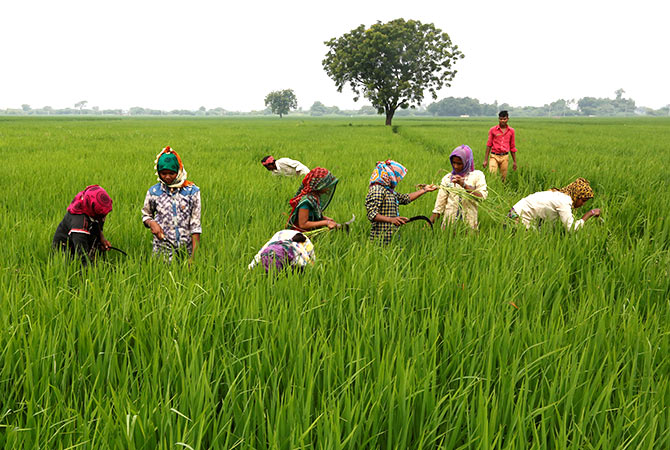 How has demonetisation affected India's economic growth in the light of the economic data for the last two quarters of the financial year ending March 31, 2017?

It was always known that demonetisation would in the first case have a temporary negative impact on growth and perhaps even permanent impact on some parts of the informal sector.

All production and input data for November-January showed that -- output of cement and steel was affected, bank credit growth had slowed, production of two-wheelers declined, etc.

The advance estimates of growth in 2016-17 presented in February 2017 which said growth in the last quarter and all of 2016-17 had remained unaffected contradicted all this information.

This seemed to suggest that demonetisation was a 'success.'

But it was known at that time that there was a problem with these numbers because they did not fully reflect the slowdown in the informal sector for which data would come in only later.

The revised estimates for 2016-17 presented in May shower a truer, but not yet complete picture.

Growth plummeted in the last quarter to 6.1 per cent.

If you take out sectors like government which are not affected by demonetisation growth was actually much lower, under 4 per cent.

Over the course of the year, these numbers will be further revised -- as more accurate data for the informal sector in 2016-17 come in.

When they do, we will see what a disastrous impact demonetisation had on GDP growth in 2016-17, an impact which in some sectors is continuing now even six months later.

What would India's economic growth look like if there was no demonetisation?

It is difficult to be precise with a counter-factual, but one can speculate.

First, we now know that overall the economy is not in good shape.

Growth was slowing prior to demonetisation; private investment was also falling (rather than picking up as promised by 'acche din').

These problems were exacerbated by demonetisation.

Second, if the government had not spent an incredible amount of energy on demonetisation it may -- may, because it had not done anything the previous six months either -- have been able to pay attention to the deeper problems of low investment and job creation.

Could you help us understand which sectors of the Indian economy benefited the most and which were affected the worst because of demonetisation?

The sectors that were adversely affected the most were those in the larger informal sector in rural and urban India, in manufacturing and services.

We do not know yet, but industry association surveys said at the time that hundreds of thousands of micro and small enterprises either had to pull up their shutters or had to shift to lower production levels.

All this had an impact on workers.

All this we know from demonetisation.

It is now emerging that some parts of the organised sector were, contrary to earlier expectations, also affected.

Which sectors benefited? It is hard to say if any benefited!

Perhaps the fintech (financial technology) industry with companies like Paytm gained because of the shortage of cash and the push to digital.

But we should now -- with the eruption in the agriculture sector -- be absolutely clear that demonetisation which was ill-thought out, and also poorly planned and executed was a bad thing to do in the short-term with limited tangible impacts even in the long term. 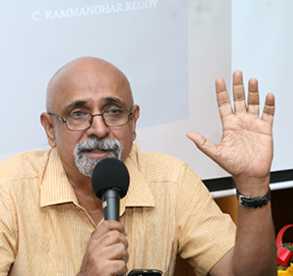 Is the current state of India's agrarian economy and the consequent uproar among the farming community for loan waivers in anyway linked to demonetisation?

When demonetisation was announced, it was felt by many (and I was one of them) that in cash-dependent agriculture, the shortage of cash would affect the rabi output of 2016-17.

In fact, there was a record harvest.

It seems that farmers wanted to make the best of a good monsoon which came after the drought of 2016.

They seem to have taken substantial credit (from moneylenders and traders) and this way dealt with the shortage of cash.

However, it is now turning out that demonetisation had an impact on marketing of this record harvest.

Trading and settlements in mandis was earlier in cash.

The government at the Centre and then the states rammed through cheque payment/digital settlement.

Observers have since pointed out on the basis of field reports that traders were not comfortable with that; farmers wanted payment in cash... the overall impact was that mandis worked at much lower levels than normal.

Farm prices therefore collapsed in a number of areas and for a number of crops other than cereals for which there is an effective MSP system.

The end result is that the bumper harvest has brought lower incomes and higher debt to agriculture -- a direct fallout of demonetisation.

Of course, there are other reasons for the current difficulties faced by the farming sector -- changes in import duties, the absence of storage and processing facilities for fruits and vegetables, etc.

But demonetisation increased the burden on the farming community and that was coming.

Would you, if possible with statistics, say that demonetisation did have an impact on agricultural income and output?

I am afraid there is no estimate or research of this kind available as of now.

It will take time before the government or independent academics arrive at such estimates of some accuracy. 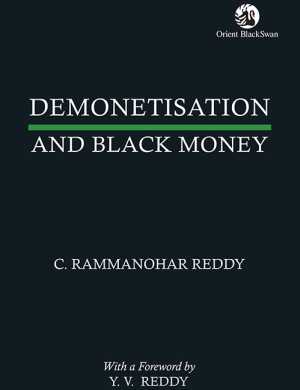 What kind of gains, if any, has demonetisation achieved when one compares them with what Prime Minister Narendra Modi said it would do to creation and circulation of black money, weeding out unaccounted wealth, and corruption?

Here again, we have no clear benefits.

Seven months after demonetisation, we still do not know how much of 'black money' held in the form of Rs 500 and Rs 1,000 was 'destroyed' by holders of black wealth.

The RBI says it is still cross-checking, validating the returned notes.

It is absurd that this is taking so long.

However, it seems quite clear that the delay is because the RBI has found that most of the Rs 500/Rs 1,000 notes in circulation have been returned, legally or by laundering.

And they are all in the banking system. Very little was 'destroyed'.

The last official figures in mid-December 2016 showed that over 85 per cent of the demonetised currency was deposited in banks.

When the final figures come in, we will know that from this perspective demonetisation was a failure.

This only confirms the critics' views who pointed out that very little of black money was held as cash and that which was would be laundered by the holders of black wealth.

On corruption... do you see any less of it around us?

Petty, medium and high-level corruption continues as before.

The government has also tried to put out the narrative that as a result of demonetisation the tax payer population has increased and tax payments too.

In a temporary way tax payments did increase -- holders of black money declared much of that as white and paid tax on it.

But will this be a permanent impact? I doubt it.

Preliminary analysis also shows that the increase in tax payers in 2016-17 -- as claimed by the finance ministry -- has not been much more than in the past.

Then there is the claim of 'formalisation of the informal'.

The informal sector is very large and heterogeneous and covers everything from pavement vegetable vendors to name plate companies which do outsourced work to avoid falling in the tax bracket or adhere to labour regulations.

The latter may -- with GST -- come into the tax bracket, but a larger formalisation? I doubt it, I would put it stronger.

It is an absurd argument to say agriculture, rural construction, vegetable vendors, motor mechanic workshops etc will be 'formalised' with digitalisation.

On digitalisation itself, the growth in November-December has fallen off.

The behaviour of the volume and value of digital payments has been erratic since January.

But this much is clear, there is no consistent growth; people have returned to cash when they can.

And there are any number of infrastructural, behavioural and security issues to deal with first.

Should governments across India -- now that Uttar Pradesh has already done it, Maharashtra has accepted 'conditional', 'in principle' farm loan waivers -- accept the farmers' demand for farm loan waivers?

Farm loan waiver is in principle not a good thing.

It creates a moral hazard -- farmers in future will be encouraged not to pay back bank loans.

And in any case, farmers depend on banks and institutional sources for just about half of their credit needs.

The bigger problem is that a loan waiver addresses only the symptom of a deeper set of difficulties.

It may give farmers -- and only those who can avail of farm loans -- temporary relief and buys state government some time, but it is not a solution.

It will, of course, worsen state government finances.

It is a bit odd that the central government which has encouraged the culture of loan waivers (through the ruling party's manifesto for UP, etc) is now signalling to the states that they are on their own, and they won't get support for loan waivers.