News
Business
Movies
Sports
Cricket
Get Ahead
Money Tips
Shopping
Sign in  |  Create a Rediffmail account
Rediff.com  » Business » Why PSBs are so stressed: The RBI View

'Without appropriate supervisory constraints in place, banks are in a position to delay the recognition of losses and engage in ever-greening or zombie lending, which is essentially the rolling over of debts of unviable borrowers that would have otherwise defaulted,' points out RBI Deputy Governor Viral Acharya.
Illustration: Uttam Ghosh/Rediff.com

Today, I wish to explain why Prompt Corrective Action (PCA) is an essential element of the Reserve Bank's (and more generally, of a banking supervisor's) financial stability framework.

Before I discuss the Prompt Corrective Action approach, it would be useful to briefly talk about the critical role of bank capital in relation to the process of resolution of stressed banks.

In its simplest form, a bank balance-sheet has assets on the left hand side of the balance-sheet, and liabilities on the right hand side in the form of equity capital and deposits (and other forms of debt liabilities such as unsecured bonds, and wholesale finance such as inter-bank liabilities or short-term commercial paper).

Equity capital is the primary loss-absorption buffer -- means of protection -- against the asset losses of a bank.

It is meant to be at levels high enough to absorb unanticipated losses with enough margin so as to inspire confidence and enable the bank to continue as a going concern, in particular, without passing on losses to bank creditors.

Once the capital level is fully consumed by the deteriorating financials, it exposes the unsecured creditors, including depositors, to bear the losses.

While the deposits typically are insured up to a certain level, economic history shows that more often than not the ultimate costs of paying off all deposits fall on the sovereign, especially in the case of large, complex and inter-connected banks.

The United States experience, empirically documented by Granja, Matvos and Seru (2017), shows that an optimal bidding strategy of a healthier bank -- a potential acquirer, which may value the weaker bank for its franchise value from deposits, gets adversely impacted if it is itself poorly capitalised.

In such a scenario, the overall value realisation for the weak bank goes down.

The poor capitalisation of potential acquirers can also drive a wedge between their willingness and ability to pay for a failed bank.

In this manner, bank capital being at healthy levels also has a system-wide loss-absorption role by helping sell weak banks to healthy ones in an efficient manner.

Given this criticality of bank capital in absorbing losses, it is natural why minimum bank capital requirements are in place globally and why capital becomes one of the most important factors for supervisors to monitor.

In the aftermath of the global financial crisis, there has been a complete overhaul of the international regime for minimum regulatory capital requirements of banks, as enshrined in the revised Basel norms, Basel-III.

The goal of Basel III is to raise the quality, consistency and transparency of the capital base of banks to withstand unanticipated losses and to strengthen the overall risk coverage of the capital framework.

CCB is designed to ensure that banks build up a capital buffer outside periods of financial stress that can be drawn down when banks face financial (systemic or idiosyncratic) stress.

Banks which draw down their capital conservation buffer during a stressed period are required to have a definite plan to replenish the buffer and face capital distribution constraints.

The objective of the countercyclical capital buffer is to use capital as a macro-prudential instrument aimed at protecting the banking sector from periods of excess aggregate credit growth, that have often been associated with the build-up of system-wide risk.

In this regard, it is instructive to note that the minimum bank capital ratio (to suitably risk-weighted assets) required to be held under the Basel norms is only a floor.

Since the global financial crisis, many countries require their banks to hold capital at higher levels.

Further, in other major jurisdictions like the US and the UK, effective capital requirements tend to be even higher on account of several add-ons.

Let me now explain why it becomes imperative for bank supervisors to intervene in a weak bank much before the capital is completely eroded.

First, while private banks typically hold greater capital than required by regulatory requirements, shareholders are reluctant to inject capital once the capital is eroded by losses as it gets primarily deployed in stabilising bank liabilities.

To compensate for this wealth transfer for injecting capital, shareholders require a much higher rate of return than when banks are better capitalised, but such high required returns may render banking activity unprofitable to pursue.

Secondly, when banks become under-capitalised en masse or are government-owned to start with, it is often thought that recapitalisation should occur swiftly given the attendant real and systemic risk costs of not recapitalising banks -- costs that a government should internalise.

In practice, however, banking sectors are sometimes 'too big to save' relative to the size of government balance-sheets.

Regardless of the reason for the under-capitalisation of banks to persist, what is observed is that creditors of under-capitalised banks are not only offered off-balance sheet government guarantees, notably deposit insurance, but also implicit guarantees to uninsured creditors.

Consequently, without appropriate supervisory constraints in place, such banks are in a position to delay the recognition of losses and engage in ever-greening or zombie lending, which is essentially the rolling over of debts of unviable borrowers that would have otherwise defaulted.

Edited excerpts from an address by RBI Deputy Governor Viral Acharya on Prompt Corrective Action: An Essential Element of Financial Stability Framework at the Indian Institute of Technology, Bombay, October 12, 2018. Exactly two weeks later, Dr Acharya fired a salvo at the government, the full text of which you can read at the top related link on the left. 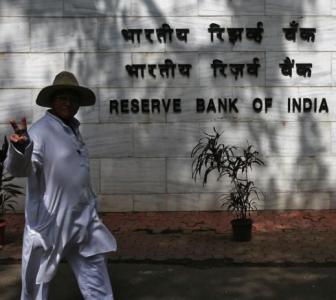