News
Business
Movies
Sports
Cricket
Get Ahead
Money Tips
Shopping
Sign in  |  Create a Rediffmail account
Rediff.com  » Business » When will Modi's priorities shift to the economy?

'It is almost certainly wrong in assuming that the Modi government will use its strong mandate to undertake some serious reform measures.'
'For it is fairly clear that the government's priorities lie elsewhere, in the powerful home minister's domain,' notes T N Ninan. 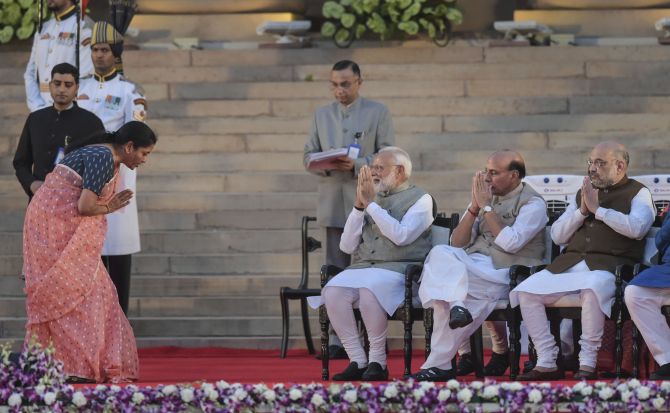 For someone in India, it seems incredible that China can set up two hospitals with a combined total of about 2,300 beds in less than 10 days, in virus-hit Wuhan.

How can it be possible? The answer is that one is a hospital already being built and scheduled to open in May.

That deadline was moved forward, to all of 48 hours.

Another is a hospital that copies one built (within a week) in Beijing in 2003 to deal with the SARS epidemic.

But the questions don't go away.

Was there no problem with land acquisition? No, because the hospital is being built on what had been gardens next to a recreation area.

Wasn't time needed to invite bids for civil works and special medical equipment, and a committee to do a short-list and then pick the lowest bidder? Apparently not, because State-owned companies are doing the job.

And what kind of construction technique can deliver vast new structures in virtually no time? Pre-fab structures, of course.

Still, those hospitals are making headlines around the world.

So it might be a good idea for the next Economic Survey to deal with not just the many 'What' and 'Why' questions in economics, but also the 'How'.

There is no other way to understand how the impossible becomes possible -- as more than a campaign slogan.

India struggles with budgets and procedures, and still has a major corruption problem that can send a project off the rails.

China has corruption, for sure, but no other economy with a per capita income of $10,000 is able to grow at 6 per cent, or anywhere near that rate.

How do they do it, when in five years the Kejriwal government has been able to provide fewer than nearly 450 mohalla clinics in Delhi, after it promised 1,000?

The latest available railway yearbook says the organisation has been able to spend only two-thirds of its Rs 1.2 trillion investment budget in each of the two latest years.

Such failures to deliver make one lose patience with the Survey's debates on first principles like the importance of exports for growth and jobs; how government interventions in markets can do more harm than good; and wealth creation through privatisation.

Surely we should have imbibed such lessons long ago.

The excuses are readily available, of course.

China is an authoritarian system where you can't really go to court against land acquisition or choice of contractor; where a top-down decision-making structure helps to push aside whatever roadblocks exist; and where money never seems to be a constraint.

Still you have to marvel when a single shipyard in Shanghai is building close to the equivalent of India's entire fleet of destroyers, plus an aircraft carrier, hovercraft, and satellite-tracking ships -- all at the same time.

The Indian navy would consider itself lucky to get six technologically-dated submarines in 20 years!

Is there a solution? Yes, railway engineers of old like the metro builder E Sreedharan, builders of government companies like D V Kapur and V Krishnamurthy, and agricultural scientists like M S Swaminathan have shown how they made a difference when given a free hand.

Vineet Nayyar as head of the Gas Authority of India was able to build a massive gas pipeline within cost and deadline in the 1980s.

The officers who are in charge of Swachh Bharat and Ayushman Bharat, and the one who has cleaned up Indore, are others who, while they may not match China's speed, can deliver.

Perhaps all we have to do is to spot more like them and give them a free hand.

India's problem has never been a shortage of good advice.

The Survey may well be right in arguing that India's recent growth rates are not exaggerated, as critics have argued, and that next year will see 6 to 6.5 per cent growth (though it is more than what other analysts have predicted).

But it is almost certainly wrong in assuming that the Modi government will use its strong mandate to undertake some serious reform measures.

For it is fairly clear that the government's priorities lie elsewhere, in the powerful home minister's domain. 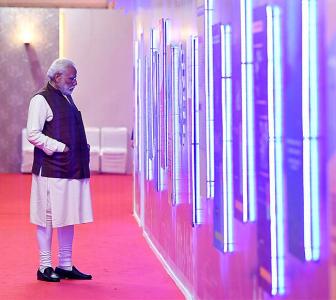 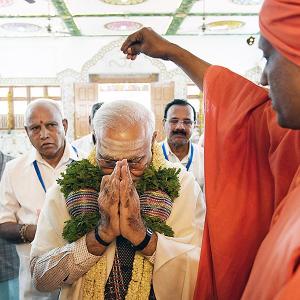 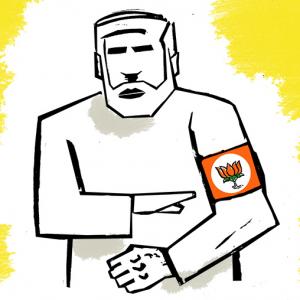