News
Business
Movies
Sports
Cricket
Get Ahead
Money Tips
Shopping
Sign in  |  Create a Rediffmail account
Rediff.com  » Business » What a fool I have been!

'Paying my taxes, diligently repaying my loans, following the rules, scrupulously doing things by the book, when there's this big, beautiful world of unregulated chicanery I could have indulged in for years before just flying off to greener pastures, like Lalit Modi, Vijay Mallya and Nirav Modi,' says Mitali Saran. 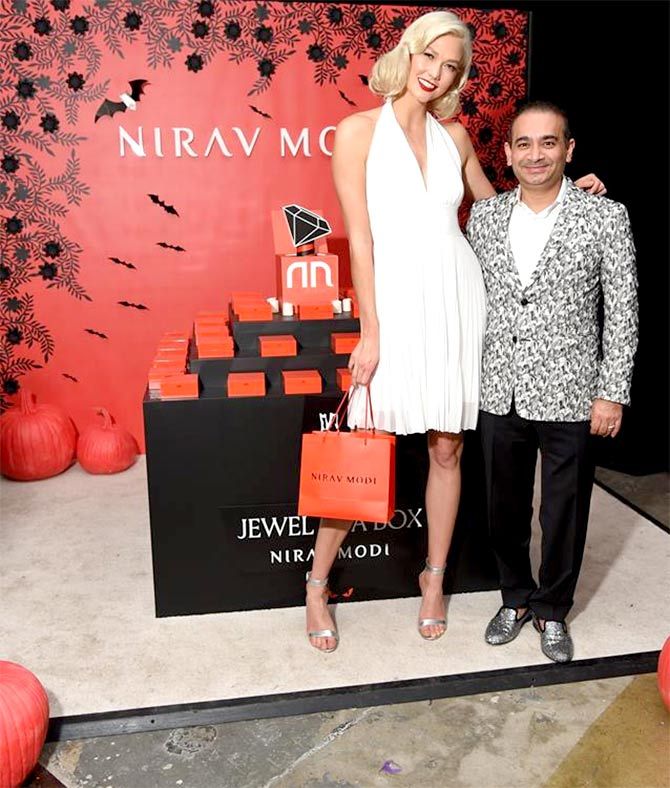 I am no good with financials.

When people talk about futures and hedging and shorting, I think of retirement, shrubbery and electrical fires.

When they talk about interest rates and capital gains, I think about guitar practice and metro lines.

But I have come to realise that there's a lot of money to be made in India if you're good with financials -- and by good, I mean so bad that it's criminal.

I only dimly understand the Nirav Modi-Punjab National Bank scam because of the helpful 'explainers' put out by Reuters and The Wire and Scroll, et cetera.

Some badly brought up PNB bank officials colluded with the equally badly brought up Nirav Modi and his family and their companies, to issue loans based on Letters of Understanding of which they kept no record, and against which they saw no need for any collateral.

This allowed Modi and gang to borrow what we first thought totalled Rs 110 billion of public money, and now think is more like Rs 140 billion.

I know he’s a 'diamantaire' and all, and everyone knows that diamants are more expensive than diamonds, but hello, that's like 1.55 million perfectly nice guitars.

Who could possibly want or need 1.55 million perfectly nice guitars? I'm pretty sure it would cause the interest rate in guitars to drop dramatically.

Nirav Modi and his family all left the country at the beginning of January, and even the most trusting soul would have a hard time believing that they weren't tipped off.

That Nirav appeared in a photo op with Narendra in Davos, just before the CBI lookout circular was issued, makes even that most trusting soul think that he figured all would be well.

I don't watch the so-called North Korean channels anymore, but I imagine they also have explainers that conclusively trace this massive scam back through the UPA government all the way to Nehru, who has been seriously messing up everything this government has tried so hard to do for four years.

Nevertheless, even they cannot explain why a complaint registered against Nirav Modi in 2016 went un-investigated on the watch of India's self-proclaimed chowkidar.

The government is, of course, infuriated... by the fact that social media has bestowed the hashtag #ChhotaModi on Nirav. The finance minister has not uttered a squeak on Twitter. This makes sense.

The same government is infuriated by citizens questioning the anti-human design and implementation of Aadhaar.

It is arguing in court that there is no public interest in investigating the death of Judge Loya.

It privileges pseudo-nationalism over humanism.

In sum, in four years it has established a strong record in focussing like a proud and confident hawk, on entirely the wrong thing.

Rs 140 billion! It makes one nostalgic for all the piddly two-digit crore scams of the past.

It makes the most upright citizen sit up and think, What a fool I've been, paying my taxes, diligently repaying my loans, following the rules, scrupulously doing things by the book, when there's this big, beautiful world of unregulated chicanery I could have indulged in for years before just flying off to greener pastures, like Lalit Modi, Vijay Mallya and Nirav Modi.

It also makes the upright citizen sit up and type on WhatsApp, as someone I know did to a relative overseas, 'Please take all your money out of Indian banks and RUN.'