In exactly one week, on April 20, Dr D Subbarao, the Reserve Bank of India Governor, will present his Annual Statement of Monetary Policy for the fiscal year which has just begun. 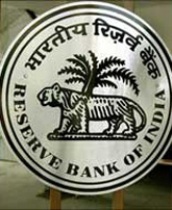 By long-established convention, this statement follows the finance minister's Budget speech by about six weeks so as to ensure coordination between fiscal and monetary policy. This arrangement accurately captures the political and institutional reality of India. Fiscal policy leads, while the central bank is a respected technical agent of the finance ministry and enjoys the autonomy and latitude that its professionalism warrants.

This institutional arrangement is widely seen to have served the country well, and is unlikely to change soon, despite the demands from some of my fellow columnists in this newspaper for granting RBI greater autonomy and thereby enhanced accountability.

The RBI governor's annual statement will be of unusual interest this year for at least three reasons. The first is, of course, the political prominence of the inflation numbers, which have turned into a major political headache for the ruling coalition. The second is the opportunity the statement provides for this governor to firmly put his own stamp on the medium-term, post-crisis monetary and financial framework. The third is the increasing global interest and attention being paid to India's macroeconomic policies, symbolised by last week's visit to India by US Treasury Secretary Tim Geithner.

At his interactive session with economists and journalists last week, the RBI governor made plain the reasons for the monetary policy actions the central bank felt compelled to take in late March, five weeks ahead of the scheduled monetary policy statement.

These were, briefly, that annual headline inflation was outside the announced comfort zone, that inflationary pressures had moved from primary articles to manufacturing, that asset markets were again buoyant, and that the economic recovery was well established, as reflected in record growth in the Index of Industrial Production. Left unsaid, but no doubt important, was the need for the central bank, the guardian of price stability, to be seen to be doing something at a time when Parliament was in an uproar on the issue of prices.

Opinion among those present was sharply, and in my judgment fairly evenly, divided between inflation hawks and doves. The hawks (both those in the room, and more widely in the international press) were concerned that RBI was falling "behind the curve", that the "genie was out of the bottle".

My own view is more cautious. While I am part of an unfashionable minority, I remain persuaded that RBI's best contribution to long-term equitable growth is through the vigilant and relentless pursuit of low, well-anchored medium-term inflation expectations.

Yet, the art and skill of monetary management is not to react to the past but to look into the future and to persuade other economic (and political) actors of the plausibility of your view. It is here where the difficult judgments currently need to be made on whether the economy is indeed "overheating", and whether a decisive shift has been made from supply-led to demand-driven inflation. It will accordingly be interesting to read both the "Macroeconomic Review" that precedes the statement and the governor's statement itself, to see how convincingly this case is made in those documents, and what evidence is presented.

There are several issues here. First, one needs to remind oneself that the world economy remains extremely sluggish outside Asia. Seasoned forecasters, such as those on the Board of Governors of the Federal Reserve (whose Vice-Chairman Donald Kohn accompanied Geithner last week), still do not believe that inflation is a serious concern for the global economy, given the massive, excess physical and human capacity.

The Greek tragedy is still playing itself out with the potential for additional shocks to European banks which hold that country's debt. It is also worth pointing out that many of the same international experts and institutions now urging monetary tightening were also making the same arguments in July and August of 2008, right before the Lehman collapse, and they were emphatically wrong. On the basis of the Indian economic data available so far, while there is every case for monetary policy to move to whatever RBI considers to be a neutral monetary policy stance, it is too early to judge that the economy is overheating.

Second, in his Budget speech, the finance minister has taken a courageous and correct step in committing to fiscal consolidation despite the remaining uncertainties in both domestic and global economies. The finance minister's stance was endorsed by the prime minister in his remarks at the central bank's platinum jubilee celebrations in Mumbai last month.

Balance of payments trends (analysed recently in this newspaper by Shankar Acharya), coupled with sluggish OECD growth and rising commodity prices, make it highly unlikely that net exports will be a strong element on the demand side. Thus the desired recovery to 9 per cent growth depends crucially on private capital formation (both fixed and inventory) and personal final consumption.

We will see what the final quarter's GDP numbers tell us. Last quarter's numbers did not point unequivocally to a rebound in either of these two components of final demand. Accordingly, my strong preference would be to wait till the recovery in private investment is more firmly established.

Finally, there is the controversial issue of the role that the nominal exchange rate should play in the monetary policy framework of the "new normal" that lies ahead of RBI. Several influential contributors to these pages, including Shankar Acharya, A V Rajwade and Surjit Bhalla, are clearly and forcefully of the view that a full growth recovery cannot take place in the absence of a "competitive" exchange rate. To my understanding, they differ only in their belief in the usefulness of capital controls as an additional instrument over and above the kind of sterilised intervention RBI has practised in the past.

My own position on this has not changed: a fast-growing economy like India can expect to encounter appreciation of the real exchange rate, and guided nominal appreciation is an efficient mechanism to achieve this real appreciation with the least collateral distortion. Of course, greater flexibility by the Chinese on their exchange rate would make this politically much easier for our authorities.

The author is director-general, NCAER. Views expressed are personal 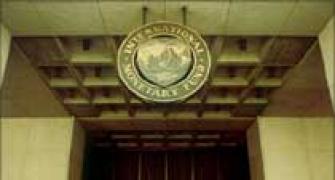 Column: The end of an era in finance
RBI gives more time for loan restructuring 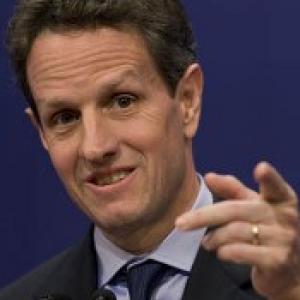 What Geithner should and should not do 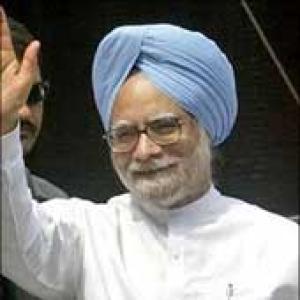