Should RBI allow the rupee to fall? 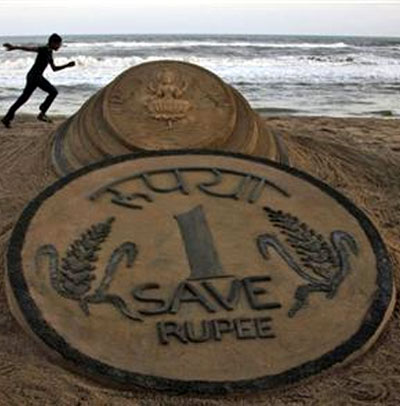 A fall in the rupee could boost exports. But the flip side of the equation is that a weaker rupee could stoke some inflation, says Devangshu Datta. 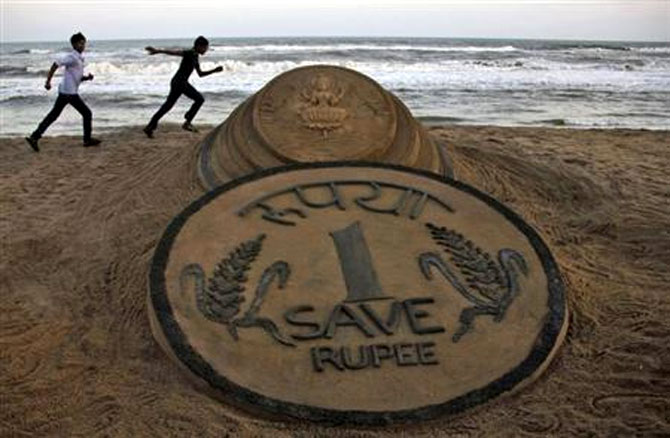 The rupee’s levels present a serious conundrum for the Reserve Bank of India (RBI) and the new Monetary Policy Committee. There are reasons to try and ease the rupee down. However, it might be politically unacceptable to weaken the rupee and difficult to let it slide, in a controlled fashion.

India’s trade balance has been deceptively good for a while, and the April-August performance is also good at first glance. The trade deficit for April-August is at about $34.7 billion, which is 40.6 per cent lower than the deficit of $ 58.4 billion during April-August 2015.

Oil imports during April-August were valued at $32.4 billion, 22 per cent lower than the oil imports of $41.6 billion in the corresponding period of 2015.

There are a few danger signs. One is the old vulnerability to an external supply shock, in terms of higher energy prices. There isn’t much that can be done about that since India imports over 80 per cent of its crude and 30 per cent of its gas.

There have been seven quarters of export decline in succession. Non-petroleum exports during April to August 2016 were valued at $96.9 billion, compared to $97.5 billion for the corresponding period in 2015, a reduction of 0.5 per cent.

In August itself, exports declined marginally to $21.5 billion, compared with $21.6 billion a year ago, while imports declined 14 per cent to $29.1 billion from $33.9 billion in the year ago. Exports declined across 16 of the 30 sectors.

The decline could be part of a global trend. Trade has been stagnating as “deglobalisation” takes hold. China, for example, has been hit hard over the past two years and indeed, the proportion of world trade to world gross domestic product (GDP) has been flat since the 2008 crisis.

However, India has a tiny share of global trade and it should ideally have been able to hold marketshare or even increase it. Sadly, it hasn’t. It’s hard to see strong sustainable GDP growth without a bounce in India’s exports and there’s no real sign of that.

The decline in non-oil imports is a symptom of a slow domestic economy, with low demand. Imports are usually driven by capital goods and investments in equipment. But non-oil imports have been declining for seven quarters.

Incidentally another major import component, gold, has also seen sharp declines for seven straight months. That would be a healthy sign except that industry insiders say that smuggling has risen as a result of an increase in import duty.

The easiest way to boost exports would be to allow the rupee to slide. Indeed, the rupee is reckoned overvalued. RBI’s own 36-currency basket of the Real Effective Exchange Rate suggests that the rupee was over-valued by 15 per cent at end-August.

A fall in the rupee could boost exports. But the flip side of the equation is that a weaker rupee could stoke some inflation as it would make fuel imports more expensive. Also, it would be hard to weaken the rupee deliberately given that forex inflows on the portfolio are continuing to look strong.

Given RBI’s current compulsion to reverse foreign currency non-resident swaps, the central bank might wish to leave things be. Nonetheless, depreciation could be on the cards fairly soon, especially if the US Federal reserve does raise the policy rate.

If the rupee does move lower, we might see a positive revaluation of export-oriented businesses, including the information technology sector, which is currently out of favour.